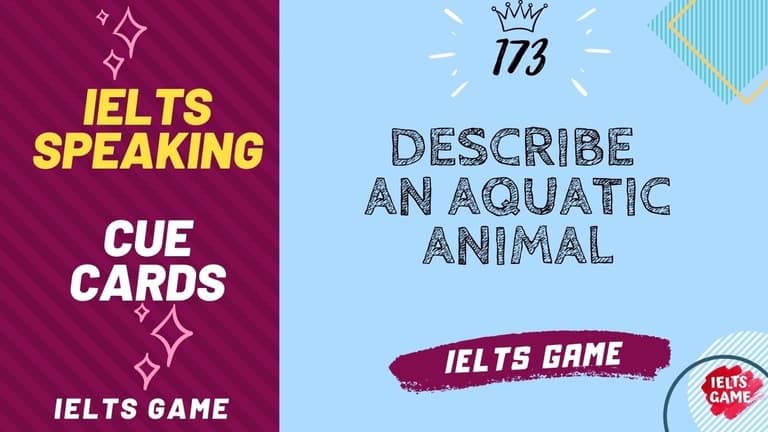 In this article, IELTS Game will add number 173 IELTS cue card sample on the series of 2020 cue cards with band 9.0 model answers and part 3 follow up questions that will help you in your IELTS test preparation.

This cue card is related to “Aquatic Animal description” topic and asking you to “Describe an aquatic animal“ and asking IELTS speaking part 3 follow up questions from Makkar Jan-Apr 2021 cue cards guesswork.

• India has a diverse animal life.

• We have wild animals, domestic animals, and pet animals.

• I am going to talk about an animal, which I find very interesting.

• This animal lives in water but is not a fish

• The first time I came to know about this animal was from the National Geographic channel.

• This river dolphin is the national aquatic animal of India.

• Even the little dolphin baby has to be pushed to the surface to breathe.

• Dolphins feed on most kinds of fish such as the snapper and the tuna.

• They search their way through the sounds they produce, which is called echolocation.

• The dolphins’ sound waves hit an object and the echo bounces back.

• Most dolphins are peaceful and rather shy.

• So far humans have proven to be of greater danger to dolphins than the other way round.

• The Indian river dolphin is blind.

• It is found in the river Ganges.

• Unfortunately, our river dolphin is on the verge of extinction.

• Dolphins are important for maintaining the ecosystem.

• Recently I saw a Hindi movie Ajooba in which Amitabh Bachchan is rescued by a dolphin and he considers the dolphin as his mother.

• I came to know from that movie that dolphins are very intelligent and can be trained.

• So, this is the aquatic animal, which I find very interesting.

Indian people like to keep pets because pets are wonderful companions. Pets, such as dogs give you unconditional love. They also provide security.

Some people keep pets in their homes to teach responsibility to their children.

People who suffer from depression are advised by their doctors to keep pets.

2. What should we do to protect endangered animals?

We should help the governments and NGOs by contributing some funds, however small they may be.

We should not do hunting and poaching of animals. We should educate those who are not aware of the importance of animals and the effects their extinction can have on us.

3. Do you support doing experiments on animals?

I do not support experimenting on animals, because nowadays, we can do computer simulated experiments to see the effects of drugs.

We should realize that animals are not humans and so any effect on them may not be there on humans. Moreover, animals are sentient beings and should not be disturbed for our selfish motives.

4. Why do some people refuse to eat animals?

Some people refuse to eat animals on religious grounds. Some people just don’t like the unnecessary killing of animals. They feel that plant sources can also provide them enough nutrients.

5. What would happen when some species disappear on earth?

It would disturb the ecological chain and would affect us directly or indirectly. We would also lose out on the diversity of nature. 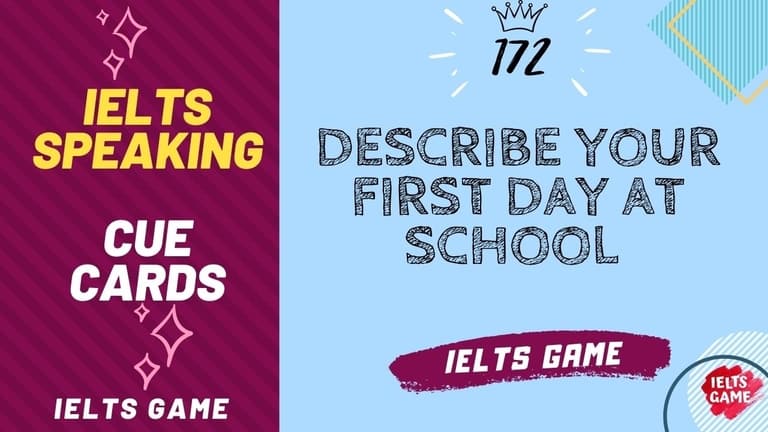 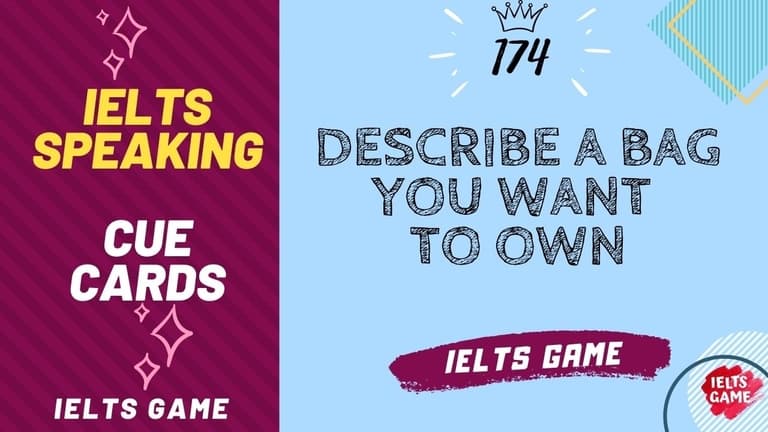 Describe a time when a family member asked for your help

Describe a person in your family that you admire