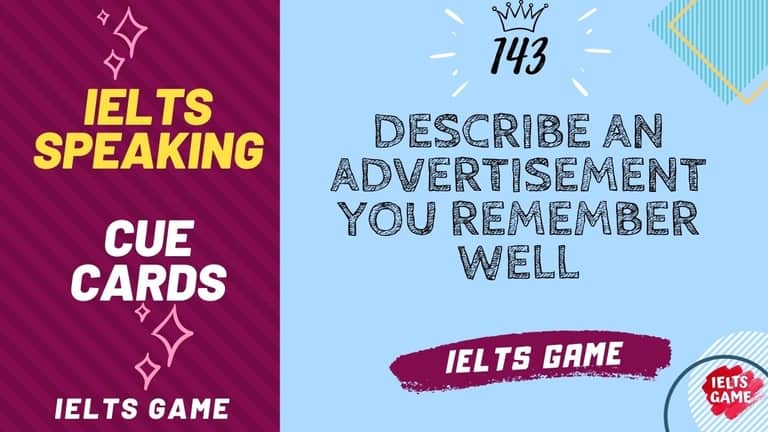 In this article, IELTS Game will add number 143 IELTS cue card sample on the series of 2020 cue cards with band 9.0 model answers and part 3 follow up questions that will help you in your IELTS test preparation.

This cue card is related to “Advertisement description” topic and asking you to “Describe an advertisement you remember well“ and asking IELTS speaking part 3 follow up questions.

Describe an advertisement you remember well.

• I don’t like ads as they are usually nothing more than strategies by companies to promote their products.

• However, it is impossible to avoid ads nowadays.

• They seem to be all around us.

• I love watching cricket matches, and the commercial breaks during such matches are very frequent.

• Here, I would like to Talk about an ad by Nestle company.

• Its catch line was ‘Thank you, Mom.

• This is a small video in which the company pays tribute to motherly love.

• The first time I saw this video, I was moved and started crying. It was really touching.

• It features a couple of situations that showed how player’s mothers helped them through times of trauma and stress while growing up.

• At first, we see children learning to walk.

• They keep falling, but their moms don’t give up and patiently help their kids stand up and encourage them to try again, obviously bribing them with a Nestle chocolate

• Then we see the same kids learning how to handle a bat and ball and play cricket under the scorching heat of the sun.

• Again, we see how difficult it is for them, but they manage to succeed because their moms are there for them, motivating them not to give up, and again the motivation is Nestle chocolate.

• Then we see these grown-up kids become cricket champions, and the first people they rush to in order to share their happiest moment are their moms, with chocolates.

• Of course, the ultimate goal of this ad was to promote the company and its products. But at the same time this video spread a very positive message to people all over the world.

• It melted my heart and reminded me of important things such as love and support of my parents, that I usually take for granted.

“Describe an advertisement you remember well”

1. Why do some people hate advertisements?

People do not like advertisements while they are watching a program because ads break the continuity.

Another annoying factor is that most of the ads are very repetitive and there is nothing new.

But the fact remains that if there are no advertising agencies to sponsor the programs we will not be able to watch good programs.

Yes, definitely many people buy the products after they watch an ad. Many of the advertisements are very innovative as well as informative these days.

An advert can lure a wide range of people, from small children to the senior citizens.

3. Is music useful in advertising?

Yes, music adds life to the ad. Music can add meaning to anything and so music is useful in ads.

For example, some jingles keep ringing in your ears even after the ad is over. So, the purpose of ad is fulfilled.

TV ads have both audio and video component. So, these give visual reminders of the products and that is what sells the products.

Internet ads can be skipped and it is optional and up to the user whether to view them or not.

5. Where usually do we see adverts?

We see ads all around us – on TV, on radio, on roadsides, in newspapers, in magazines, on the internet, on phones and as flyers.

6. Are there any advertisements at school?

Sometimes, supermarkets and fast food outlets give money to schools and open their outlets in schools. This is a way of advertising their products.

7. Are there some inappropriate adverts, like that of a condom?

There are some inappropriate ads, like the ad of some perfumes, which imply that if a boy wears that perfume, girls will flock around him, and the ads of some drinks like coke and pepsi.

The ad of condoms is not inappropriate in my opinion. It is an important step in sex education.

8. Why does the government allow such ads?

Government allows such ads, because these ads spend a lot, which boosts the economy.

Not only does the government earn, the people working in these ads also earn a lot.

9. Do you think it is bad for children?

Yes, sometimes children are lured to buy such things, but I feel that parents can play a very positive role by keeping an eye on their children and guiding them what is right or wrong.

10. Do parents complain about it?

Yes, parents complain about it at times, but the advantages these ads are giving to the country, are much more than the negative effects of these ads. 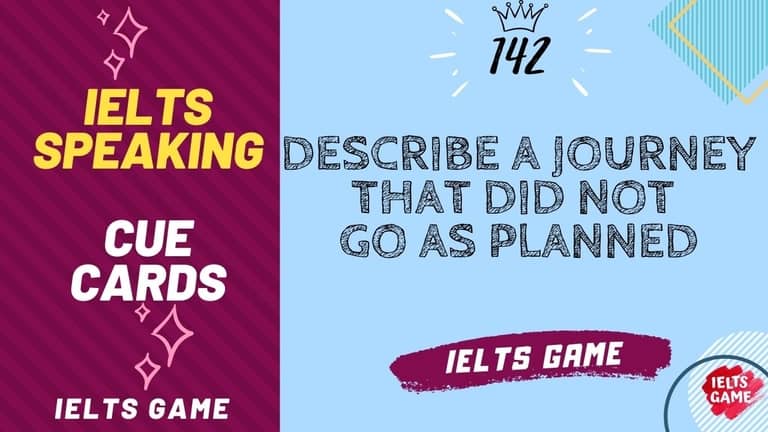 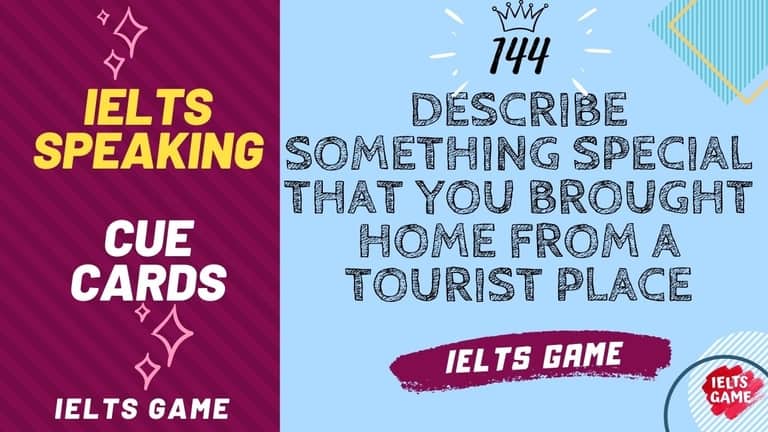