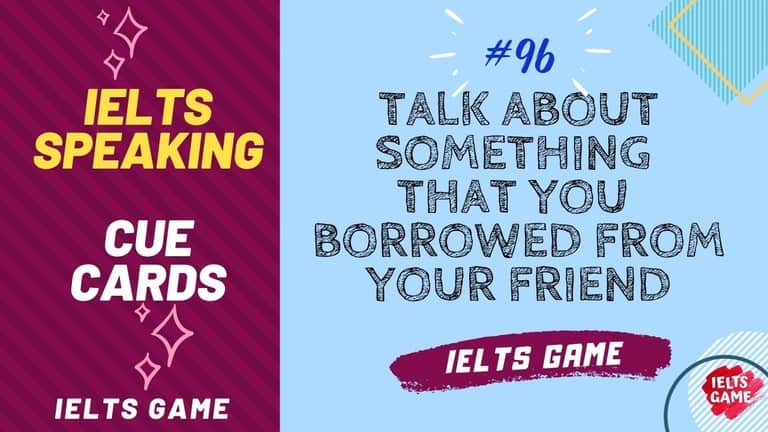 96. IELTS Cue Card -
Talk about something that you borrowed from your friend

In this article, IELTS Game will add number 96 IELTS cue card sample on the series of IELTS cue card 2020 topics with band 9.0 model answers and part 3 follow up questions that will help you in your IELTS test preparation.

This cue card is related to “Situation description” topic and asking you to “Talk about something that you borrowed from your friend.“ and asking some questions related to this topic.

This cue card is expected to appear in Makkar cue cards 2020 according to Makkar ielts speaking book pdf guesswork.

Talk about something that you borrowed from your friend.

● I think that sharing things with others is a good habit.

● In everyday life a lot of people borrow and lend things to each other.

● Some people might feel uncomfortable about borrowing and lending things but it is a practice that has existed for a very long time.

● Today, I would like to talk about a book that I borrowed from my best friend

● It was during last summer when my final exams were going on.

● I remember the weather was extremely hot during those days

● I used to study at a library which was close to my home as I found a good environment to study there.

● One day I forgot my economics book while studying at the library and I was not able to find it
after that.

● I became anxious and started panicking as my economics exam was two days after that and I badly needed that book for my preparation.

● I called my best friend who is a year older than me and had taken the same exam last year.

● Luckily, she still had the same book with her and she wilingly offered to lend it to me.

● I immediately rushed to her place and heaved a sigh of relief when she gave me the book.

● She also said that she would help me prepare for the exam.

● It was a really nice gesture from her.

● So I studied really hard for the next two days and I felt confident about the exam despite losing some precious preparation time.

● Fortunately my exam went really well and I returned the book to her the next day with a note of thanks.

● After few months when my result was declared, I was surprised to see that I had scored the highest marks in economics.

● I felt very happy and thanked my best friend.

● I bought chocolates for her to express my gratitude.

● Without her help this would not have been possible for me.

● So this was a time when I borrowed a book from my friend.

Describe a useful thing that you once borrowed.

Band 9.0 Sample Answer Ideas to describe a useful thing that you borrowed.
((Girls))

● In our life we all need to borrow and lend things from time to time.

● I have also borrowed many things in my life.

● Here I would like to talk about a traditional suit, which I borrowed from my friend.

● It so happened that last month, it was my cousin’s wedding.

● I went to many shops for buying a new suit, but whatever I liked was very expensive.

● I knew I would not be wearing that suit for many times, so spending a lot on that seemed wastage of money to me.

● My friend Suman was with me. She suggested me to try her suit, which she had got stitched for her sister’s wedding.

● I immediately, went with her to her home.

● I tried her suit and it fitted me as if I had got it stitched for myself.

● It was a bottle green suit with magenta and golden embroidery

● It was studded with golden beads

● It had a very traditional ethnic touch to it

● It was a very beautiful suit

● The stole was in crinkled silk

● She gave me matching accessories also

● She gave me a golden beaded purse to go with it.

● I wore my traditional Punjabi shoes, which matched perfectly with the suit.

● When I wore that suit everyone complimented me

● I felt very good when I received those compliments.

● I got the suit dry-cleaned after the function and thanked Suman for saving my money.

Band 9.0 Sample Answer Ideas to describe a useful thing that you borrowed.
((Boys))

● In our life we all need to borrow and lend things from time to time.

● I have also borrowed many things in my life.

● Here I would like to talk about a traditional sherwani, which I borrowed from my friend.

● It so happened that last month, it was my cousin’s wedding.

● I wanted to buy a new dress.

● I went to many shops for buying something unique, but whatever I liked was very expensive.

● I knew I would not be wearing that dress for many times, so spending a lot on that seemed
wastage of money to me.

● My friend Rohan was with me. He suggested me to try his sherwani, which he had bought for his sister’s wedding.

● I immediately, went with him to his home.

● I tried his sherwani and it fitted me as if I had got it stitched for myself.

● It was a black sherwani with golden buttons and maroon embroidery

● It also had a silken stole to go with it

● It was studded with golden beads

● It had a very traditional ethnic touch to it

● It was a very beautiful dress, which I wore with a black pajama.

● The stole was in crinkled silk

● It had a golden lining

● I bought traditional Punjabi shoes to go with it

● They said that I looked very handsome

● I felt very good when I received those compliments.

● I got the sherwani dry-cleaned after the function and thanked Rohan for saving my money.

Here are some follow up questions you may be asked during part 3 IELTS Speaking exam by the IELTS examiner related to talk about something that you borrowed from your friend IELTS Cue Card 2020.

1. What do Indian people usually borrow?

Indian people usually borrow many things depending on their need. Some people borrow money and some borrow gadgets. Students borrow notes.

They borrow things they don’t have and need only for a short time.

It depends on the person. Borrowing makes people uncomfortable only if they are borrowing from a person they don’t know well.

When I borrowed the dress from my friend, I did not feel uncomfortable, because I knew her well.

But, if you borrow something and spoil the thing before returning, then certainly it is very embarrassing situation.

3. What to do if you don’t want to lend something to others?

Sometimes, the thing is very precious to you and you don’t want to share it, it is OK not to lend that thing.

People dislike lending valuable items because they fear that the thing may be lost or damaged by the borrower.

5. What would you do if your friends didn’t give back what they borrowed from you?

I would ask the thing back from them, if they don’t return the thing. Sometimes the person may have just forgotten to return for no reason.

I don’t think it is wrong or embarrassing to ask for your own thing to be returned.

6. Why do some people borrow things instead of buying them?

Some people borrow things because they may not be able to afford buying those things, or perhaps they would not need to use those things more than once.

So, instead of buying some people prefer borrowing such things.

7. What would you do if people don’t return the money the borrowed from you?

I would request them/remind them to return the money they owe to me, maybe once or twice.

If they still do not return the money, I would not ask them again. I believe that it is the individual’s responsibility to return what they have borrowed.

8. Why are people embarrassed when they borrow money from others?

People are embarrassed to borrow money because it develops a feeling of inferiority and people feel ashamed that they are not able to manage their finances well.

9. Do you often borrow things in your daily life?

I have to often borrow them from my peers and friends at school and school.

Many of my friends and peers borrow them from me as well.

10. What things you usually borrow from your neighbours?

I remember few years back I used to borrow things like sugar, salt, basically cooking items.

But now we have shops very close to our home so it is very convenient to buy them.

I don’t believe there is anything wrong with borrowing them in the case of emergency.

11. How you like when some people borrow money from others?

This is something that I am completely against. I believe borrowing money impacts relationships like nothing else and if there is ever a delay in returning money it sours relationships even more.

12. What kind of problems are associated with borrowing things?

I don’t believe that there is anything wrong with borrowing things except money.

The lender may feel worries if the money would be returned or not and the borrower feels like he owes something.

13. What is your opinion about the phenomenon of borrowing in society?

Again, I think it is acceptable unless it is about borrowing money. We are social animals.

Borrowing and lending is the manifestation of this social dependence.

In case of money I believe, a person can take a loan from a bank instead of asking a friend or a relative. 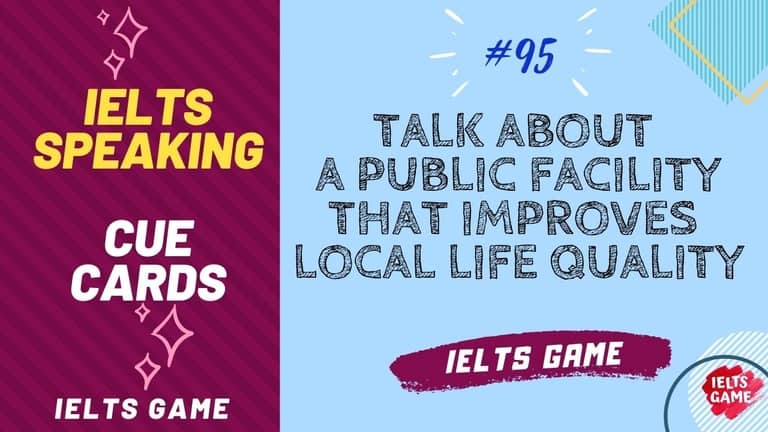 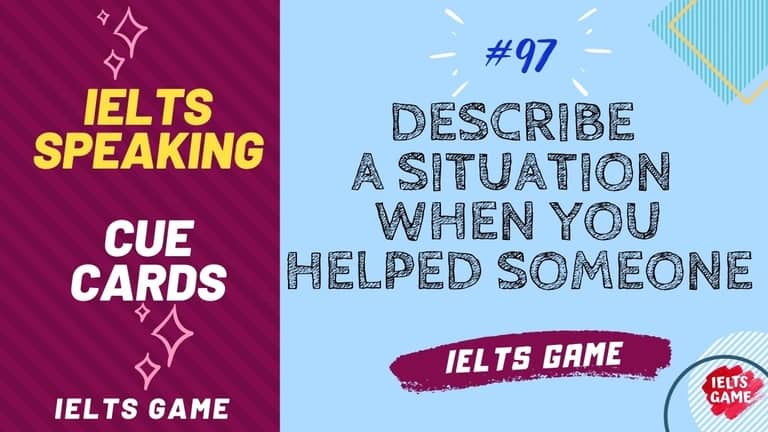