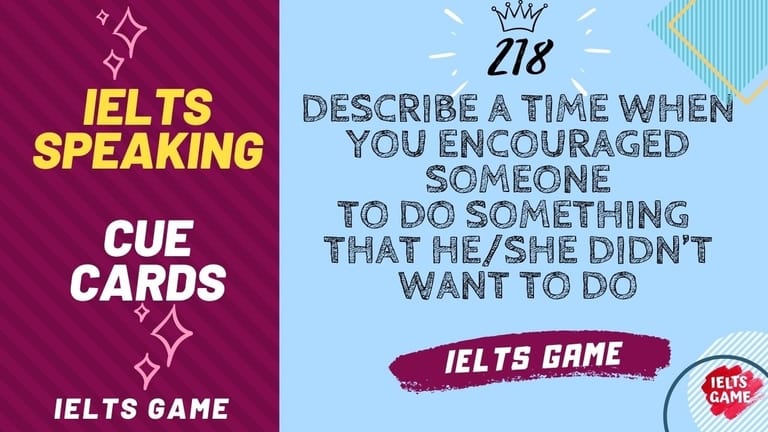 218. IELTS Cue Card -
Describe a time when you encouraged someone to do something that he didn’t want to do

In this article, IELTS Game will add number 218 IELTS cue card sample on the series of 2021 cue cards with band 9.0 model answers and part 3 follow up questions that will help you in your IELTS test preparation.

This cue card is related to “Time description” speaking topic and asking you to “Describe a time when you encouraged someone to do something that he/she didn’t want to do“ and asking IELTS speaking part 3 follow up questions from Makkar May-Aug 2021 cue cards guesswork.

Describe a time when you encouraged someone to do something that he didn’t want to do.

• I think there are lot of times that we need to encourage or push others to step outside their comfort zone.

• Recently, one of my friends, Ravi and I went to Rishikesh.

• And I persuaded him to do something that he was really hesitant about trying at first.

• We went to Rishikesh during the winter vacations.

• We were locked up during the Covid period and so we both wanted a break.

• Our plan was mainly sightseeing.

• However, there we came to know that Rishikesh is famous for adventure sports like
paragliding and cliff diving.

• I was really excited when I heard about it and really wanted to try them.

• But my friend is slightly afraid of heights.

• I have known him since my childhood, and I knew that he would really regret not doing trying them out later.

• It was also an opportunity for him to get over his fear.

• So, I encouraged him try it.

• I just kept telling him about all the safety precautions.

• So, I thought the best way would be to talk to some people who had done them before.

• Talking to a few of them at the paragliding site, calmed him a bit.

• They all spoke about how safe it was and some even called it one of the best experienced of their life.

• After listening to them, I felt my friend was a little more willing to try.

• He just needed a little nudge.

• So, I said I would go first and if all goes well, he has to follow.

• Frankly speaking, I wasn’t sure whether he would actually do it.

• It was really a great experience.

• My friend was also really happy and proud of doing it.

• But when I asked if we could do it again, I got a loud NO.

1. How could leaders encourage their employees?

There are many ways by which leaders and managers can encourage employees like leading through example, incentives and appreciation.

I think each individual is wired differently. So, while one method may work for some people, it may not work for another person.

2. When should parents encourage their children?

I think parents should always encourage their children. But children need encouragement especially if they are afraid of failing or trying out something new.

Parents should tell them that success is secondary and trying is a much bigger achievement.

3. What kind of encouragement should parents give?

I think parents can encourage their children in many ways.

If children are afraid of embarrassment, parents can do the same thing in front of children first.  For example, once in school, one of my friends’ father encouraged him to dance by himself dancing.

But I think the biggest achievement is supporting children when they are trying something new and telling them that success doesn’t matter as long as they try something.

4. Do you think some people are better at persuading others?

Yes, I think some people are able to motivate others much better. I think it depends upon
emotional intelligence. 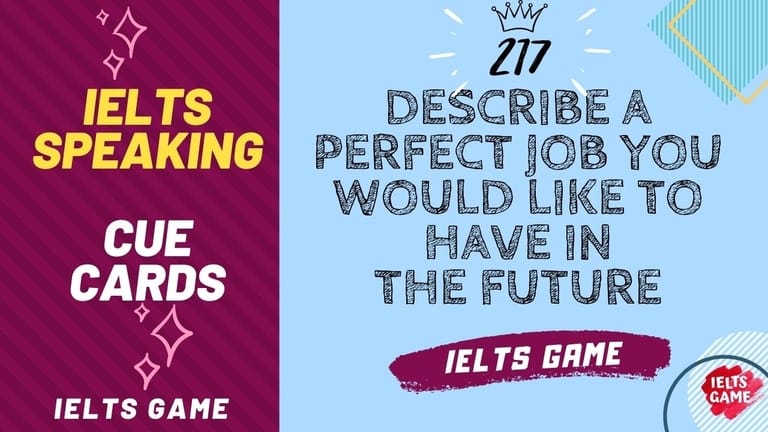 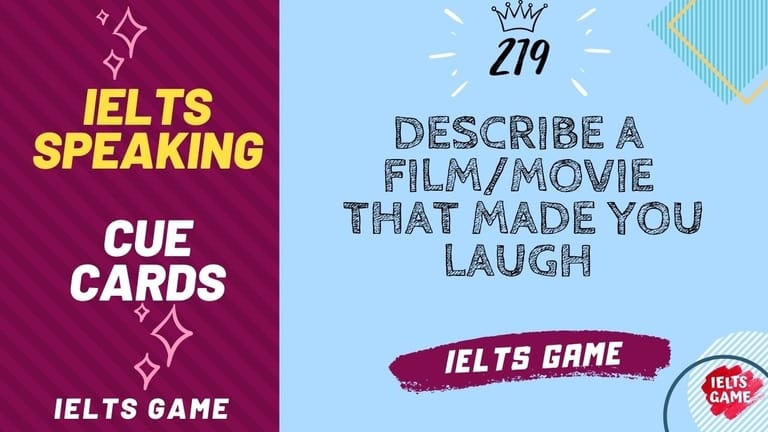