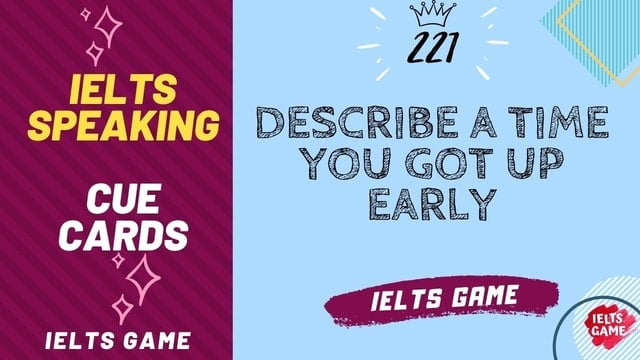 221. IELTS Cue Card -
Describe a time you got up early

In this article, IELTS Game will add number 221 IELTS cue card sample on the series of 2022 cue cards with band 9.0 model answers and part 3 follow up questions that will help you in your IELTS test preparation.

This cue card is related to “Time description” speaking topic and asking you to “Describe a time you got up early“ and asking IELTS speaking part 3 follow up questions from Makkar Jan-April 2022 cue cards guesswork.

Describe a time you got up early.

• I normally sleep late, sometimes even as late as 1 AM or 2AM.

• As a result, I mostly wake up late as well.

• But recently I had to take an exam in Amritsar, which is about 100 kms from my hometown.

• I had two options, either I could have gone there one day in advance or I could have taken an early morning bus on the exam day.

• I decided on the latter because I didn’t want to waste money on a hotel night stay.

• So a few days before the exam, I started sleeping a bit early and getting up a bit earlier.

• I wanted to get into rhythm before the actual day.

• I was worried that if I directly tried it on the exam day, I would fall asleep during the exam.

• After finishing my morning chores, I did some last minute preparation.

• Then at 6 AM I went to the bus stop and caught the bus.

• I could have taken the 7’o clock bus as well, but I thought it would be better to reach in advance than risk getting late due to some delay on the way.

• During the journey, I went through my notes, one last time.

• After reaching, I called up my parents and took their blessings.

• My exam went really well and rather than feeling tired and sleepy ,I felt very fresh and relaxed.

• Getting up early was a very nice experience.

• It made me feel that I could do a lot more during the day than I did earlier.

• But it was not easy, it required a lot of willpower.

• I continued to get up early for a few more days, but gradually I fell back into my old habit of sleeping late and getting up late.

“Describe a time you got up early”

1. Do you know anyone who likes to get up early?

Yes, actually both the parents like to get up early. My mother wakes up as early as 5’o clock. My
father also wakes up quite early but not as early as my mother. As for my sister and I, we can sleep
for as long as we are not woken up.

2. Why do people get up early?

I think the main reason for people to get up early is that they can finish their household chores before
going to work. After coming back from school or work, it hard to finish them due to work tiredness
and stress.

3. What kind of situations need people to arrive early?

I think people should always arrive early for formal commitments like interviews, office meetings and
medical appointments. For other occasions like family meets, I don’t think it is necessary to reach
before time, but one should try to be on time.

4. Why do some people like to stay up late?

I think people who stay up late are generally those who like quiet and spending time with
themselves. They feel that during the day, they get might disturbed, so they prefer staying up late
and doing their work at night. 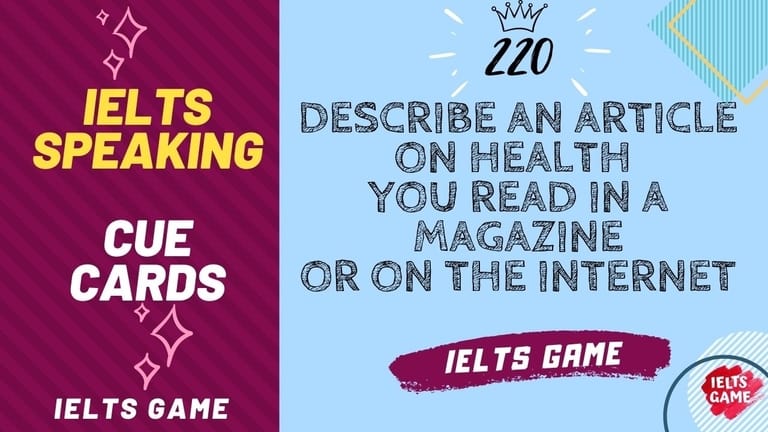 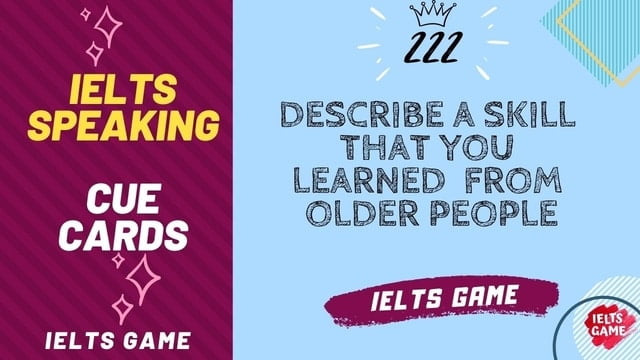 4 Reasons Why Do You Need To Take IELTS Exam?