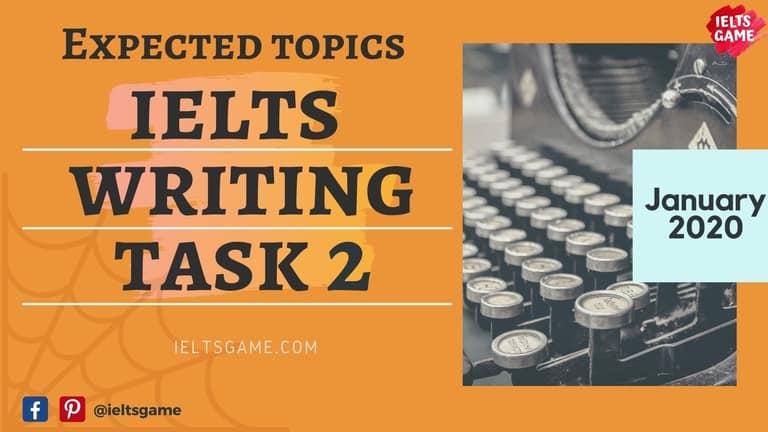 In this article, IELTS Game Website will focus on Writing section, particularly, task 2, which is the same for IELTS General and Academic module.

1. Some high school required all student to wear school uniform other higher school permit student to decide what to wear to school.

which of these two school policies you think is better?

2. International travel make people prejudiced rather that broad minded what are its causes and measures.

What measures can be taken to solve this problem?

3. Some people believe that reading stories from e book better than watching TV or playing computer games for children.

4. Some people think that government should not give international aid since they have disadvantages people like unemployment and homeless in their own country.

To what extent do u you agree or disagree?

5. People are surrounded by advertisement which has an increase effect on our lives. [ieltsgame.com]

Do you think the positive effect of this outweigh the negative effects?

6. Some people believe that technology has made men more sociable, and others think that it has made us less sociable.

7. Environmental problem such as pollution and climate variations are increasing now days. The government have taken measures at global level but they got only few solution.

why is it so? and how can this problem be solved? @ieltsgame

8. Many people believe that it is good idea to have dress code at place.

9. Student should be taught academic knowledge so that they can pass the exam, and skills such as cooking or dressing should not be taught.

10. Animal are in danger of extinctions. Some people say we should protect only those animal which are useful to humans.

Do you agree or disagree ?

11. Some people say that it is necessary to use animals for testing the medicines intended for human beings, others however think it is cruel and unnecessary.

Discuss both views and give your opinion.

12. Some people believe that success in life depends upon hard work and determination, while others believe that other factors like money and personal appearance are important.

Discuss both view and give your opinion?

Discuss both view with your own opinion?

14. The gap between rich and poor growing

what problem it creates? and what can be done to tackle them?

15. As we are facing many problems which affect the whole planet, good relationships between different countries are becoming more important than ever before.

16. Student today can access the information online so libraries are not necessary

17. More and more people work from home and student will study at home if computer technologies become cheap and accessible

What will be the advantages and disadvantages will happen?

what are the reasons? is this a positive or a negative development?

19. Some children find some subjects as mathematics and philosophy are too difficult to learn, so some people argue that those subjects should be optional rather than compulsory.

20. In many countries, imprisonment is the most common solution to crime, however, some people believe that better education will be more effective solution.

21. Some people think government should focus on environmental pollution and housing problem to help people prevent illness and disease.

22. Although more and more people read the news on the internet, newspaper will remain the most important source of news for the majority of people.

Do you agree or disagree?

23. Some people are happy to spend their whole life in the same area, others prefer to live in many different places in their life time.

Discuss both view and give your opinion?

24. Many young people now know more about international pop and move start than famous in the history of their countries.

What are their causes and what solutions can suggest to increase the people to know about the famous people in the history?

25. People are encouraged to get rid of things in order to get newest fashion and latest technologies.

Do the disadvantages of throwaway society outweigh the economic advantages

26. Nowadays, a large amount of advertising aimed at children should be banned because of the negative effects.

To what extend do you agree or disagree?

27. Differences between countries are barely evident these days. Everyone in the world is wearing the same brand and watching the same TV channels and movies.

Do you think it is a positive or a negative development?

28. Many people use distance learning program to study at home, but some people think that it cannot bring the benefit as much attending college or universities.

To what extend do you agree and disagree?

Discuss both views and give your own opinion?

30. Some people say that every human being can create art, for example painting. Others think only the people born with the ability can create art

discuss both view and give your opinion?

31. International travel is becoming coming cheaper and countries are opening their doors to more and more tourist

do the advantage of increased tourists outweigh disadvantages