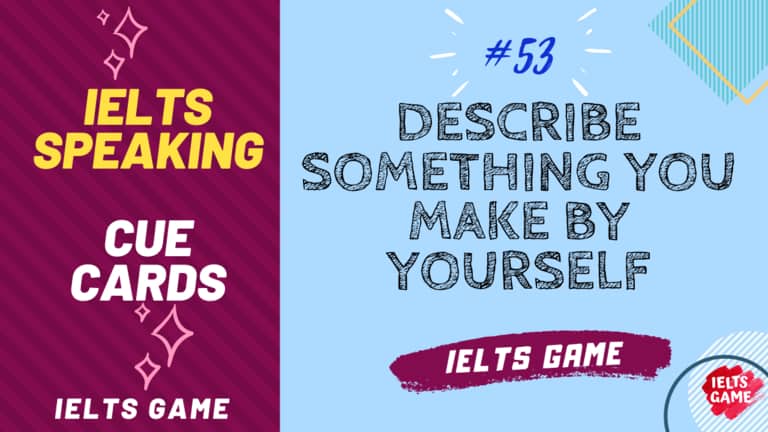 53. IELTS Cue Card -
Describe something you make by yourself

This cue card is related to “Program description” topic and asking you to “Describe something you make by yourself.“ and asking some questions related to this topic.

Describe something you make by yourself.

I guess I could begin by saying something about what this thing is.

In fact, I am not that meticulous and patient therefore the things that I have created by myself can be counted on the fingers of one hand.

However one thing that made me really proud of is the kite that I made when I was 7 years old.

In fact, it was also the very first thing that I created all the parts from scratch. Another part worth mentioning is the making process of this toy.

Well, my kite had the shape of a diamond and was made mainly of paper.

Considering the fact that I had never done anything like this before, it’s not astonishing to say that I spent almost three days in a row to complete just the fundamental parts.

The first step was attaching paper to a bamboo frame.

Although this sounds quite simple, it was absolutely not as easy as a piece of cake since I had to keep the balance for the kite.

After that, it came to the issue of assembling lots of colorful light weight pieces in order to make the tail.

The thorny part was ensuring the flying ability of the kite even when it was attached with a long tail.

Until now, I still remember the gorgeous feeling when I completed the toy which was considered as a treasure back then.

I guess this was mainly because it gave me a sense on own achievement and pride whenever I played with it or talked about it to my friends.

In my childhood, the whole world was just as simple and funny as a party to be thrown – like a famous singer said.

Here are some useful vocabulary and expressions you can use to describe something you make by yourself IELTS Cue Card.

– Count something on the fingers of one hand (idiom): say that something is really scarce

– Start from scratch (idiom): start from the very first part

– Fundamental (a): basic and important

– In a row (idiom): continuously

– Piece of cake (idiom): easy and not requires lots of effort 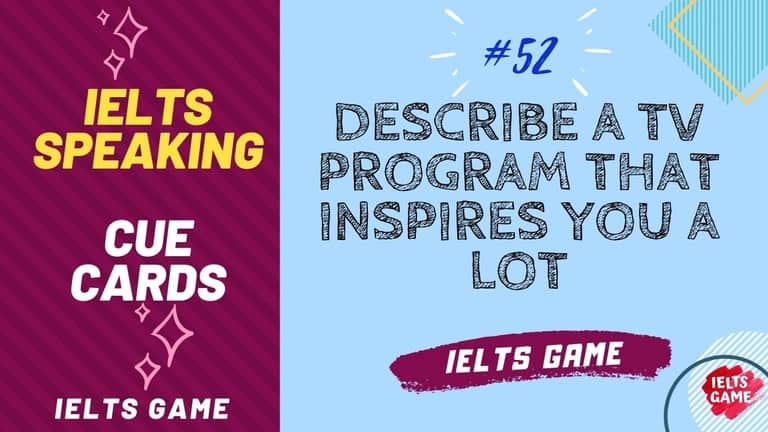 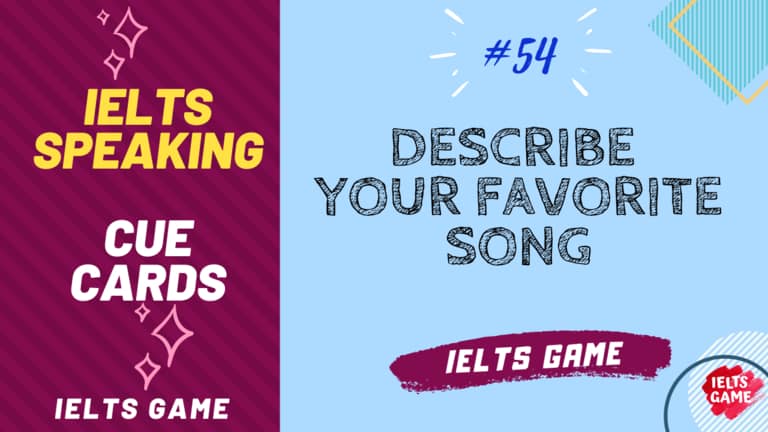