200. IELTS Cue Card -
Describe a piece of local news that people are interested in

In this article, IELTS Game will add number 200 IELTS cue card sample on the series of 2021 cue cards with band 9.0 model answers and part 3 follow up questions that will help you in your IELTS test preparation.

This cue card is related to “Local News description” speaking topic and asking you to “Describe a piece of local news that people are interested in“ and asking IELTS speaking part 3 follow up questions from Makkar May-Aug 2021 cue cards guesswork.

Describe a piece of local news that people are interested in.

• I am a person who loves to read the news all the time, be it on my phone or an actual newspaper in the morning

• I believe it is very important to be aware about things that are happening in the society.

• Most of the news that we read is related to politics, sports, healthcare, celebrities, or crime and mostly people are interested in news related to crime.

• So, today I would like to talk about a kidnapping and murder that happened in my city.

• It was around 20th December when a 5 year old boy was kidnapped from outside his house.

• The parents got a ransom call after kidnapping after which they informed the police.

• The kidnappers told the parents about the location where they had to drop the money on a particular date.

• The police had laid a trap to catch the kidnappers but they managed to run away with the money.

• When the news about kidnapping became public there were a lot of protests in my city as people become worried about the safety of their children.

• The front page of our local newspaper carried only the news about kidnapping as everyone wanted to know whether the young boy has been rescued or not.

• Sadly, 10 days after the kidnapping the police discovered the body of the young boy at the border of our city.

• I think almost everyone in our city cried for the young boy that day.

• The case was solved after 3 months when police were able to trace the mobile phone records of the kidnapper, who was a next-door neighbour.

• Later, he confessed to the crime and told the media that he did the murder because the boy had identified him as the neighbour uncle who had a big dog. He was scared to get caught.

• This was very sad news for our city.

• I watch news channels such as AajTak and Zee News for the latest news, but here I would like to talk about a piece of local news that was very interesting for me.

• The news was that Gurdas Maan, a famous Punjabi singer is coming to my home town to perform for charity.

• He will be performing in the Grand Cabana, a five star hotel in my hometown.

• I found this news very interesting because GurdasMaan is my favourite singer.

• He is a singer, actor, director, and a lyricist as well.

• All his songs have messages.

• There is a village near my hometown where he comes every year and performs for charity.

• I went there last year.

• It was an electrifying experience.

• This time he will be coming to my home town.

• He is coming next month to raise some money for the rehabilitation of the youth of Punjab villages who have become drug addicts.

• I would like to meet him and get his autograph and thank him for the commendable work he is doing for the people.

• So, this is the piece of local news that I found interesting

“Describe a piece of local news that people are interested in”

1. Do people read newspaper where you live?

Yes, people in my city love to read the newspaper. In fact, there are so many people in my society who read almost 2-3 newspapers every day.

I guess the reason behind it is that the literacy rate in my city is one of the highest in my country.

So, the educated people love to read newspaper so that they have some content to discuss with their colleagues or neighbours.

Also, there is a newspaper publishing company in my city which is also the largest selling English daily in North India.

I think there are lot of factors which decide whether a person would read local or international news.

For example, because of Covid everyone is equally interested in both international as well as local news. People know about the development of vaccine and they also want to know about the number of Covid cases in their city.

At the same time, if we leave Covid aside, then we can say that small businessmen or people from weak economic backgrounds are mostly interested in local news whereas
those who are working for multi-national companies are more interested in international news.

3. Do you think it’s important to have a national identity?

Yes, I think it’s very important to have a national identity because it encourages people to understand the country they live in and work for the betterment of their country.

Also, for countries which have gained independence, it helps the people to realize the sacrifices made by their ancestors and it teaches them to uphold those values.

4. How can people develop their national identity?

I think there are many ways in which people could develop their national identity.

The first and easiest way would be to wear the traditional attires of their country.

Secondly, they can wear pins of their flags or hoist the national flags outside their country.

In my country the government has installed huge National flags in majority of the city centres and also they have established a law according to which our national anthem is played in the movie theatre before the screening of any movie. 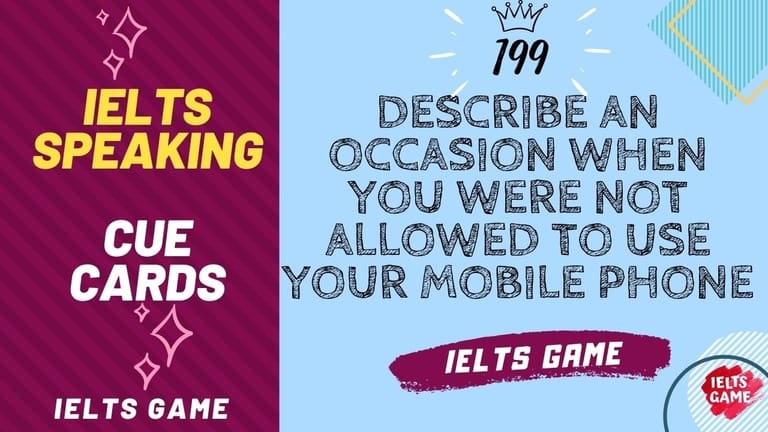 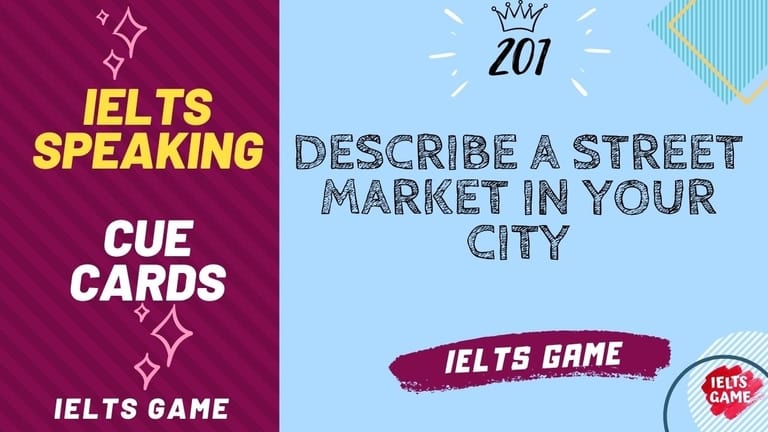 [2020] Describe your idea of a perfect home or dream house

[2020] Describe something you bought was difficult to use at first

Describe a person in your family that you admire

Describe a large company that you are interested in

IELTS Speaking – Describe a disagreement that you had with a friend