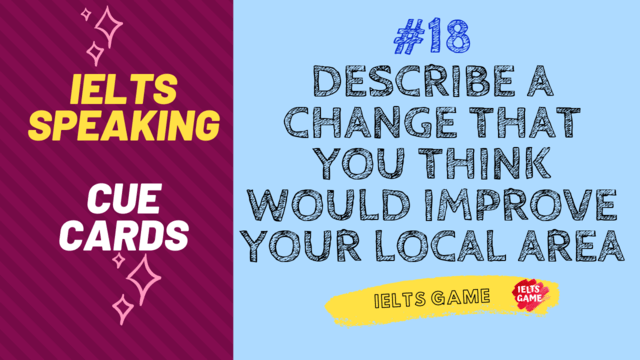 18. IELTS Speaking part 2 -
Describe a change that you think would improve your local area

In this article, IELTS Game will add number 18 cue card on the series of IELTS speaking exams part 2 with band 9.0 model answers that will help you in your IELTS preparation.

This cue card is related to “local area and environment” topic and asking you to “Describe a change that you think would improve your local area“, and asking some questions related to this topic.

Other related topic is a cue card to “Describe a law about the environment that you would like to see“.

Describe a change that you think would improve your local area.

Describe a law about the environment that you would like to see.

• There are many changes that I would like to take place in my community.

• But there is one thing that I feel would make a big difference.

• It would be the construction of park in my society.

• At present, there is no garden or park in our society.

• There are many negative consequences of this.

• Firstly, the children in the society have no place to play outdoors in the evenings and as a result they spend most of their time indoors.

• This I feel has a negative effect on their health.

• Sometimes they play on the street, but I feel that is very risky.

• The parents are always worried.

• Moreover, many of us in the society like to go for morning walk.

• Currently we walk on the street but again we have to very careful because of traffic.

• A new park would give us a place to go for morning walk.

• I think the park would also be a good place to socialize.

• We can all spend some quality time at the park specially during evenings after school and work.

• There is a vacant government land in the society.

• It was not very large, but I think it would be ideal place for a park.

• We have already proposed the idea to the local Member of Parliament, and he promised to support and work for our cause.

• I am really hopeful that the local administration will soon pick up the project and start working on it.

1. Why are people living in community friendly with others?

Like they say, man is a social animal and we like to be in the company of other people.

Also when people live together they develop good relations and like to share things with each other.

2. What are popular activities in community?

The most popular activity is spending time in the community park.

People get together in the evenings, some of them spend time exercising whereas others sit and gossip.

Yes, people enjoy living in communities and it is much better than staying alone.

In a community people can help each other during difficult times and also they can share their good times with others.

4. Where do people in community usually have social gatherings?

In our city the government has built community centres in every sector.

People organize their parties and other events such as birthday parties or weddings at the community center.

I was born and raised in Hanoi and have been here for 27 years. I have watched the city develop from a small town and grow into a modern metropolitan area in the new era.

With the skyrocketing population of recent years, the city‟s environment has become significantly polluted.

As a result, I think environmental laws should be enacted immediately to solve this problem.

First of all, Hanoi‟s mayor should consider putting more trash bins out in the streets so that
people won‟t throw rubbish anywhere anytime.

In addition, the city police should heavily fine those who are caught littering the streets. By doing so, not only could we save a lot of money on cleaning costs but we could also improve the surrounding public scenery.

Secondly, the city should run a campaign to educate people on how to classify and separate garbage before throwing it out. This is necessary because unsorted garbage contributes to the pollution of underground water and the earth.

In my opinion, although these above actions are minor, they would contribute to diminishing the impacts of pollution in our local area if they were done on a collective level.

born and raised in: to describe that you were born in a certain place and that you grew up there with your parents;

skyrocketing: increasing, to describe when something goes up rapidly by a lot;

significantly: in a sufficiently great or important way as to be worthy of attention,

enacted: to put a law into place;

heavily fine: to fine someone heavily means to charge them a lot of money because they have violated a law or regulation;

littering: throwing trash on the ground rather than putting it in the bin;

scenery: what you see in the natural environment; a beautiful scenery usually includes beautiful nature scenes, but ugly scenery would have trash and pollution;

run a campaign: to organize and work on a program to reach a goal, such as a campaign to educate people about pollution or teenage pregnancy or alcohol abuse;

to classify and separate: in the context of recycling, to classify means to figure out what bin each item belongs in, such as glass, plastic, paper and then to put them into the appropriate bins;

to throw something out: to get rid of something; to put it in the trash;

impacts of: the effects of something on something else; 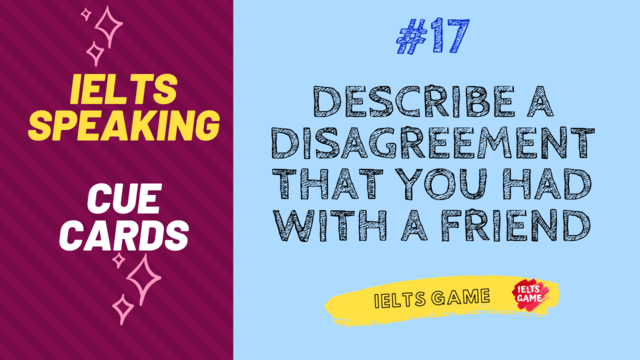 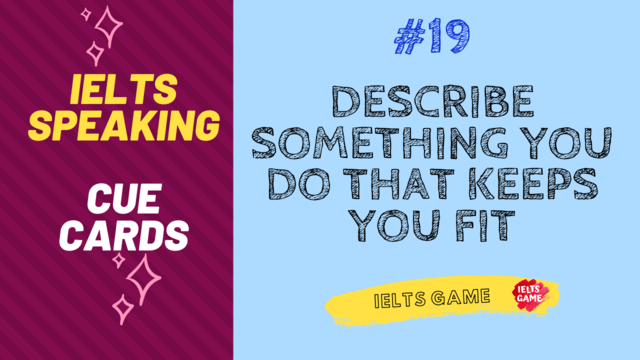