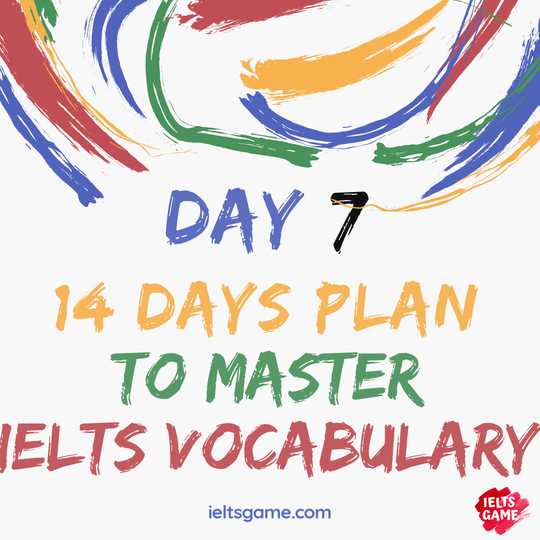 Then, you will find the reading passage number 1 from Cambridge IELTS 12 – test 3.

In this lecture, you will learn seven IELTS vocabulary connected with Biology:

In this lecture, you will learn seven IELTS words connected with Business 1:

In this lecture, you will learn seven IELTS vocabulary connected with Business 2:

Forests of spiny cacti cover much of the uneven lave plains that separate the interior of the Galápagos island of Isabela from the Pacific Ocean.

With its five distinct volcanoes, the island resembles a lunar landscape. Only the thick vegetation at the skirt of the often cloud-covered peak of Sierra Negra offers respite from the barren terrain below.

This inhospitable environment is home to the giant Galápagos tortoise. Some time after the Galápagos’s birth, around five million years ago, the islands were colonised by one or more tortoises from mainland South America.

As these ancestral tortoises settled on the individual islands, the different populations adapted to their unique environments, giving rise to at least 14 different subspecies. Island life agreed with them.

In the absence of significant predators, they grew to become the largest and longest-living tortoises on the planet, weighing more than 400 kilograms, occasionally exceeding 1.8 metres in length and living for more than a century.

Before human arrival, the archipelago’s tortoises numbered in the hundreds of thousands.

From the 17th century onwards, pirates took a few on board for food, but the arrival of whaling ships in the 1790s saw this exploitation grow exponentially.

Relatively immobile and capable of surviving for months without food or water, the tortoises were taken on board these ships to act as food supplies during long ocean passages.

Sometimes, their bodies were processed into high-grade oil. In total, an estimated 200,000 animals were taken from the archipelago before the 20th century. This historical exploitation was then exacerbated when settlers came to the islands.

They hunted the tortoises and destroyed their habitat to clear land for agriculture.

They also introduced alien species – ranging from cattle, pigs, goats, rats and dogs to plants and ants – that either prey on the eggs and young tortoises or damage or destroy their habitat.

Today, only 11 of the original subspecies survive and of these, several are highly endangered. In 1989, work began on a tortoise-breeding centre just outside the town of Puerto Villamil on Isabela, dedicated to protecting the island’s tortoise populations.

The centre’s captive-breeding programme proved to be extremely successful, and it eventually had to deal with an overpopulation problem.

The problem was also a pressing one. Captive-bred tortoises can’t be reintroduced into the wild until they’re at least five years old and weigh at least 4.5 kilograms, at which point their size and weight – and their hardened shells – are sufficient to protect them from predators.

But if people wait too long after that point, the tortoises eventually become too large to transport.

For years, repatriation efforts were carried out in small numbers, with the tortoises carried on the backs of men over weeks of long, treacherous hikes along narrow trails.

But in November 2010, the environmentalist and Galápagos National Park liaison officer Godfrey Merlin, a visiting private motor yacht captain and a helicopter pilot gathered around a table in a small café in Puerto Ayora on the island of Santa Cruz to work out more ambitious reintroduction.

The aim was to use a helicopter to move 300 of the breeding centre’s tortoises to various locations close to Sierra Negra.

This unprecedented effort was made possible by the owners of the 67-metre yacht While Cloud, who provided the Galápagos National Park with free use of their helicopter and its experienced pilot, as well as the logistical support of the yacht, its captain and crew.

Originally an air ambulance, the yacht’s helicopter has a rear double door and a large internal space that’s well suited for cargo, so a custom crate was designed to hold up to 33 tortoises with a total weight of about 150 kilograms.

This weight, together with that of the fuel, pilot and four crew, approached the helicopter’s maximum payload, and there were times when it was clearly right on the edge of the helicopter’s capabilities.

During a period of three days, a group of volunteers from the breeding centre worked around the clock to prepare the young tortoises for transport. Meanwhile, park wardens, dropped off ahead of time in remote locations, cleared landing sites within the thick brush, cacti and lava rocks.

Upon their release, the juvenile tortoises quickly spread out over their ancestral territory, investigating their new surroundings and feeding on the vegetation.

Eventually, one tiny tortoise came across a fully grown giant who had been lumbering around the island for around a hundred years.

The two stood side by side, a powerful symbol of the regeneration of an ancient species.