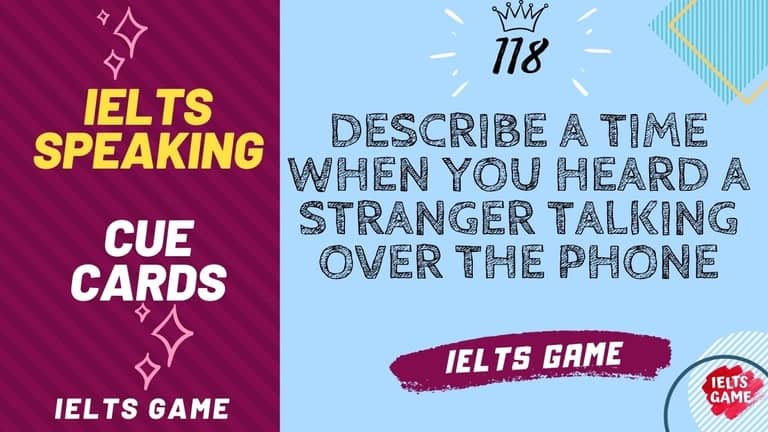 118. IELTS Cue Card -
Describe a time when you heard a stranger talking over the phone

In this article, IELTS Game will add number 118 IELTS cue card sample on the series of 2020 cue cards with band 9.0 model answers and part 3 follow up questions that will help you in your IELTS test preparation.

This cue card is related to “Time description” topic and asking you to “Describe a time when you heard a stranger talking over the phone“ and asking IELTS speaking part 3 follow up questions.

Describe a time when you heard a stranger talking over the phone.

Describe an experience when you received a call from a stranger at a public place.

• Everyone has a mobile phone these days.

• There are many instances when we can overhear the conversations of other people, especially in crowded or public places.

• I remember one such instance when I heard someone talking over the phone and I couldn’t help but hear it.

• It was on a train journey from Delhi to Chandigarh, around 3-4 months ago.

• There was an old lady sitting next to me.

• Even though I was reading a book, I could figure out from her conversations that her children were calling her to enquire about her journey.

• Towards the end of the journey, she got a call again.

• It was from one of her children and she was talking about the pick-up arrangements from the railway station.

• I could understand from her conversation that the arrangements made by her children were canceled by the driver due to some reason.

• She was getting a little worried about how she would be able to get home.

• She was talking about not knowing how to use the Uber app on the phone.

• I decided to step in and help her with it.

• I offered to book the cab for her through the app.

• She gladly accepted and made me speak to her daughter.

• I explained where I live and that dropping her mother would be on the way.

• She was extremely grateful and thanked me for the help.

• When we reached, I booked a cab to drop her first and then me.

• She was very thankful and offered to pay for it.

• I politely declined. She gave me blessings and we exchanged our contact numbers.

• I always feel happy/content when I think about that day and being able to help someone.

• It is not very common to receive calls from strangers as mostly only those people call you who have your number.

• However, I remember one such event, which happened recently when I was enjoying a dinner with my cousins at Haveli.

• Haveli is a popular restaurant in the suburbs of my hometown.

• It was my birthday and that dinner was my treat to my cousins.

• Suddenly I received a call, from a private internet provider asking me if I needed a broadband connection for my home.

• I told him, I didn’t need one but he was not prepared to listen.

• He kept telling me its benefits over that of the Airtel connection that I have.

• He knew my name and my address.

• I was surprised, how people manage to get personal details of people.

• He was very adamant that I listen to him.

• My cousins were smiling as they were watching me get irritated with him.

• I controlled my anger and told him that I would get back to him the next day.

• Finally, he hung up the phone and I heaved a sigh of relief.

• My cousins told me that this private internet provider had called them too and had persuaded them to get his company’s internet connection.

• When I have to call anyone, I do consider the time.

• This person had called me at 8 pm for his business purpose.

• So, this was the time I received a call from an unknown person

1. Some people like talking on phones in public transport, what do you think about this situation?

As long as their volume isn’t too high and disturbs the co-passengers, I don’t have issues with them.

However, some people are too loud and become a nuisance for others. That is something I dislike a lot.

2. What are the bad effects of talking over a phone in public?

It may inconvenience people around the place when someone is talking over phone in a public place.

Places like museums, libraries and places of worship require peace and when someone talks over phone at such places, it is a nuisance.

3. Why do some people always break the rules in public places?

Some people are careless by nature. Some break rules in situation of an emergency.

However, some do it as an adventure and for recreation.

Irrespective of the reason, rules are meant to be abided to and offenders should be penalized.

4. Should people be banned from talking aloud in public places?

I don’t think banning would solve the purpose. It is for the people to realise that they are disturbing others.

It is so easy to avoid using the cell phone in public places. The phone can be put on silent mode.

The important calls can be attended by moving to a quieter area where there is not much crowd.

Moreover, important things can be shared by messaging, which is literally free these days.

A ban would simply not be practical because sometimes it is very important to answer the phone.

For example, a doctor may need to talk to a patient in distress. A businessman may need to answer a client.

5. Is it bad to talk on the phone in public places?

Yes, it is. In some public places like hospitals and cinema halls, it is very offensive to receive and answer calls.

But, it is the duty of all of us to realise that it is bad to talk loudly or be forced to overhear the private talks of others. 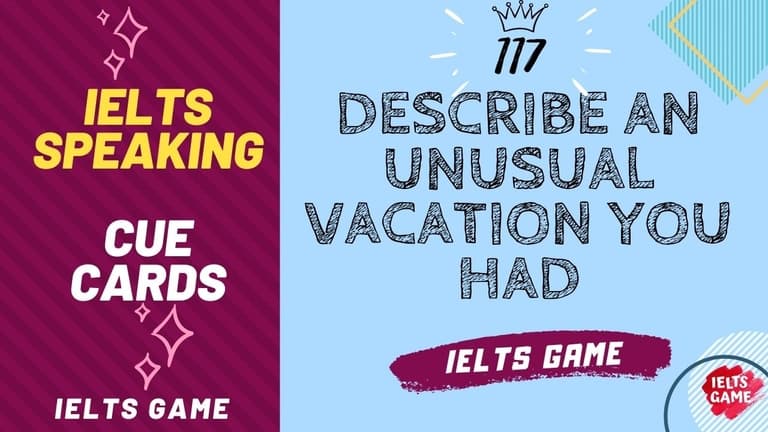 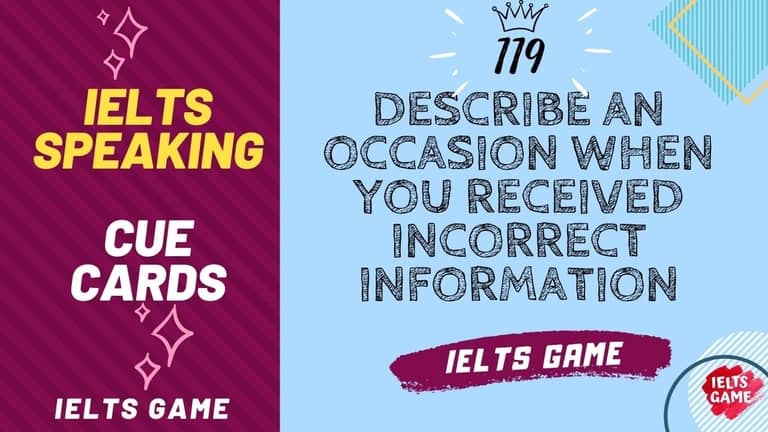 Describe something difficult you would like to succeed in doing