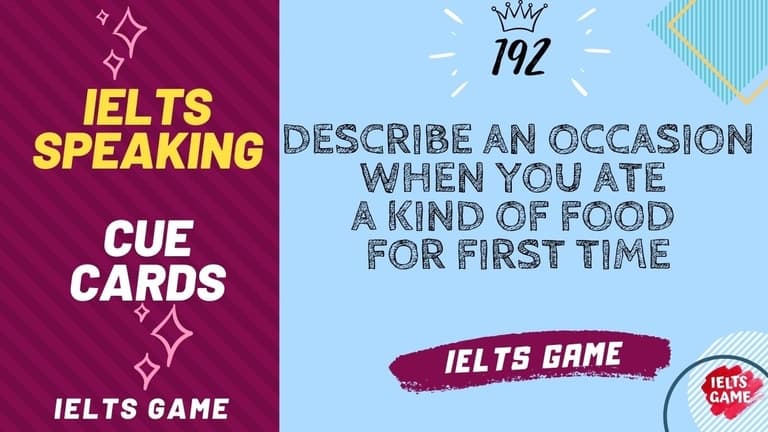 192. IELTS Cue Card -
Describe an occasion when you ate a kind of food for first time

In this article, IELTS Game will add number 192 IELTS cue card sample on the series of 2021 cue cards with band 9.0 model answers and part 3 follow up questions that will help you in your IELTS test preparation.

This cue card is related to “Thing you bought description” speaking topic and asking you to “Describe an occasion when you ate a kind of food for first time“ and asking IELTS speaking part 3 follow up questions from Makkar Jan-Apr 2021 cue cards guesswork.

Describe an occasion when you ate a kind of food for first time.

• Here I would like to talk about a time when I ate the pizza for the first time.

• I vividly remember I was in tenth class, and during my summer vacation I went to stay with my cousin in Chandigarh.

• It was his birthday, and he threw a pizza party for his friends.

• His mother that is my aunt, is an excellent cook.

• I was awed by her culinary skills.

• He had invited six friends.

• First, we went to the market and bought 20 Pizza base, Pizza cheese, Pizza sauce, capsicums, onions, carrots, mushrooms and mayonnaise.

• We also bought seasonings, such as chili flakes, basil, oregano and so on.

• That day I enjoyed learning how to make the pizza. I helped in chopping the vegetables and grating the Pizza cheese.

• Then we went to get ready, and by the time we got back, my aunt had started making the pizzas in the oven.

• His friends started pouring in, and we all started eating the pizzas.

• The pizza base was very crisp and yet the pizza was melting in my mouth.

• Honestly, when my cousin bought 20 pizza base, I thought he was mad. Who would eat so many pizzas?

• But when I took the first bite, I realized how wrong I was.

• In no time, all the pizzas were finished.

• Now, the Domino’s pizza outlet has opened in my hometown and I have tried their pizzas a couple of times, but no one can beat my aunt’s pizzas.

Yes, I like to try new food, because by trying new foods I come to know about different cuisines.

When I eat Chinese food, it makes me want to know about their culture. I am a food lover and I enjoy different dishes.

2. What kinds of foreign foods are popular in your country?

Yes, I like to cook at home. I like trying new dishes everyday. I have learnt a lot of Indian cooking from my mother. She has excellent culinary skills.

4. Is it expensive to eat out in your country?

It depends on where you go out to eat. If it is a roadside dhaba, it can be afforded by most, but expensive restaurants are also there, where one cannot afford to eat very often.

5. What’s the difference between Indian food and western food?

Indian food is spicier than western food. It is cooked in oil or ghee, which makes it heavier calorie wise.

It is more diverse. North Indian cuisine is poles apart from South Indian. Western food does not have so much diversity. 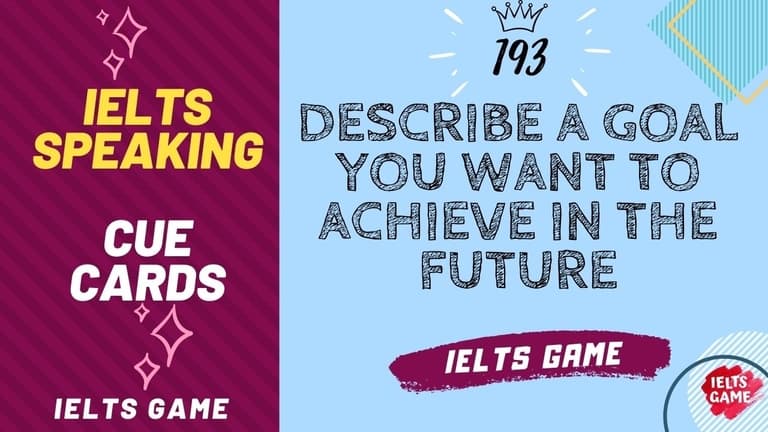 Describe a volunteering experience you have had IELTS Cue Card

Describe a mistake you have made IELTS Cue Card

Describe a risk you have taken which had a positive result

DOs and DON’Ts on the IELTS test day

IELTS Cue Card: Describe a song has special meaning for you

IELTS Cue Card: Describe someone that made a lot of noise