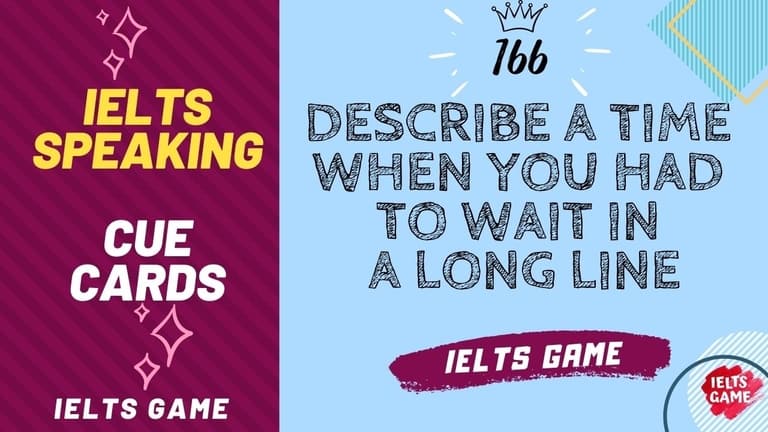 166. IELTS Cue Card -
Describe a time when you had to wait in a long line

In this article, IELTS Game will add number 166 IELTS cue card sample on the series of 2020 cue cards with band 9.0 model answers and part 3 follow up questions that will help you in your IELTS test preparation.

This cue card is related to “Time description” topic and asking you to “Describe a time when you had to wait in a long line“ and asking IELTS speaking part 3 follow up questions.

Describe a time when you had to wait in a long line.

• There are many times when I have waited in queues.

• Actually, waiting in queue is pretty normal in India because of the enormous population.

• But one time I can never forget is the time of demonetization.

• This was done in a very confidential manner as the purpose was to tackle the black money in the market.

• As such the news was only privy to a few government ministers and officials when it was announced.

• Also, to maintain secrecy, the new notes were sent to banks at the last minute.

• Because of this, there was a severe shortage of notes in banks for the next few days.

• People stood in lines to get their old notes replaced.

• The lines were huge.

• I remember reaching the bank at 9 o clock in the morning and still being about the 50th person in the queue.

• My turn came after nearly 2 hours.

• It was very irritating to stand in the queue.

• But I could understand the reason why the government took such a step.

• So, I complained about standing in the line, but deep down I appreciated the step government took.

• Unfortunately, I had to this 2-3 times that week.

• The first day, I didn’t imagine that it would take so long.

• But the next day I was prepared, I took a water bottle and my headphones.

• I listened to music while I waited, to pass the time.

1. What do people like to do while waiting in line?

There are many things that people do while waiting in line.

Some people like to listen to music, some play mobile games and some people just like to talk to others. 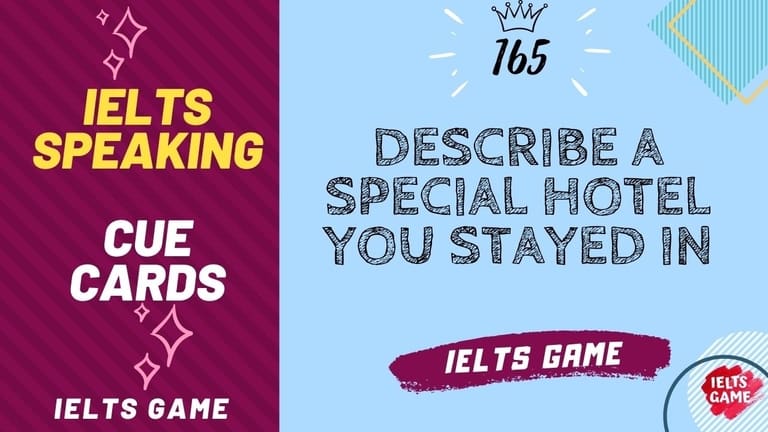 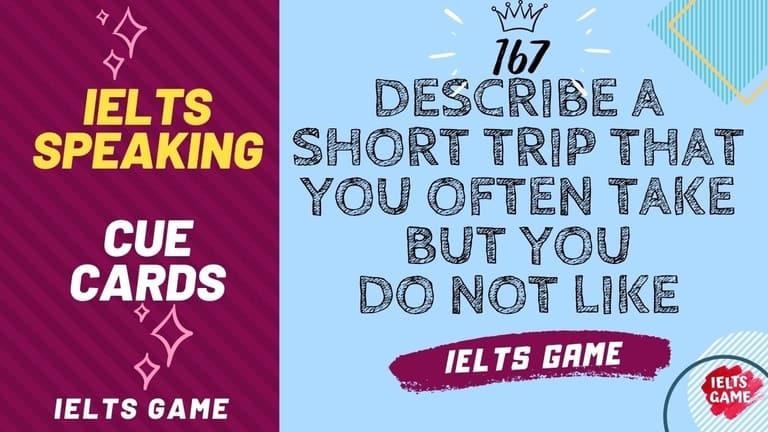 [2020] Describe a person who taught you something important

[2020] Describe a difficult challenge that you completed

[2020] Describe a crowded place you have visited IELTS cue card