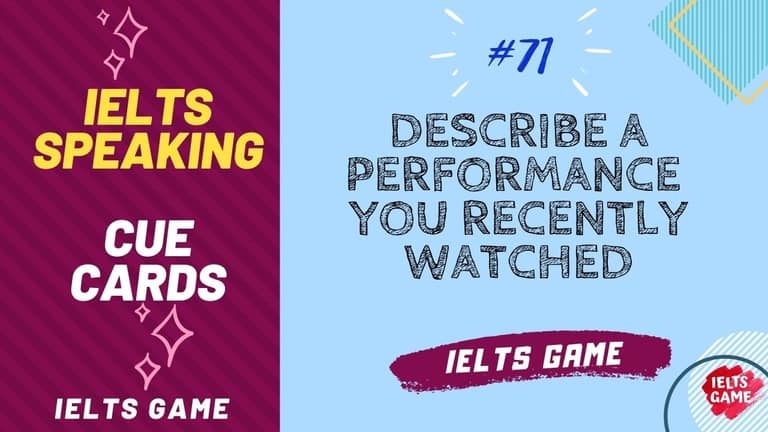 In this article, ielts game will add number 71 IELTS cue card on the series of IELTS cue card 2020 topics with band 9.0 model answers and part 3 follow up questions that will help you in your IELTS speaking test preparation.

This cue card is expected to appear in cue cards 2020 in January to April according to Makkar IELTS guesswork.

Describe a performance you recently watched.

• From my childhood, I have been a very big fan of Punjabi music.

• And my favourite singer is Diljeet Dosanjh.

• Two months ago, I came to know from my friends, who are also big fans of Diljeet, that he was coming to Jalandhar was a concert.

• So, we were all very excited.

• Nowadays, tickets are only sold online and as Diljeet is very popular in Punjab his concert tickets get sold out within minutes.

• We were worried that we might miss it and so the day the tickets were to become available, we all decided to get together at my house as I have the fastest internet.

• The tickets became available at 12 PM and by 12:05 we had booked them and got the confirmation.

• I think that’s when I first felt that I was really going to attend his concert.

• Till then I kept thinking that something might go wrong- for example my internet would stop working or that we would be too slow to buy the tickets.

• Now I just had to wait for the day of the concert and time couldn’t have passed more slowly.

• But finally, the day arrived.

• However, before Diljeet there were two more Punjabi singers. They were really good, but we all wanted to hear Diljeet Singh.

• Finally, he came out on the stage at around 8:00 PM and we all just went crazy.

• But as soon as he started singing, everyone kept quiet.

• His voice in person was even better than his videos online.

• Another thing I noticed was that even though it was winter, he was sweating so much.

• It made me appreciate him even more.

• All I could wish at that moment was that the night would never end but like all good things it did.

• But still I was one of the best moments of my life and I cannot wait for his next concert.

Here are some follow up questions you may be asked during part 3 IELTS Speaking exam by the IELTS examiner related to describe a performance you recently watched IELTS Cue Card 2020.

1. What is the difference between watching the performance live and watching it on TV?

Watching a performance live is an electrifying experience. One can get to hoot and cheer with the crowd.

Some people just sway their bodies with the beat of the performance, which adds to the thrill and joy.

However, it is expensive and very time consuming because one has to buy the tickets and go to the specific place.

On the other hand, one can watch a TV performance in the comfort of one’s bed and also see the repeat telecast.

2. Which do you prefer traditional performance or a concert?

Both are good in their own way. I enjoy traditional performance especially those of folk singers and dancers.

If they resort to other occupations, we would not be able to see those traditional performances again.

4. Is learning drama or dancing helpful for children?

Yes, dance and drama are performing arts. They bring out the hidden creativity of children. Art in any form is good. 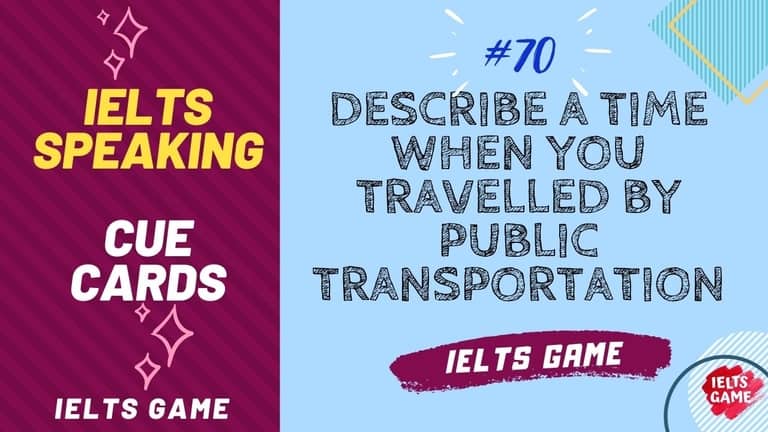 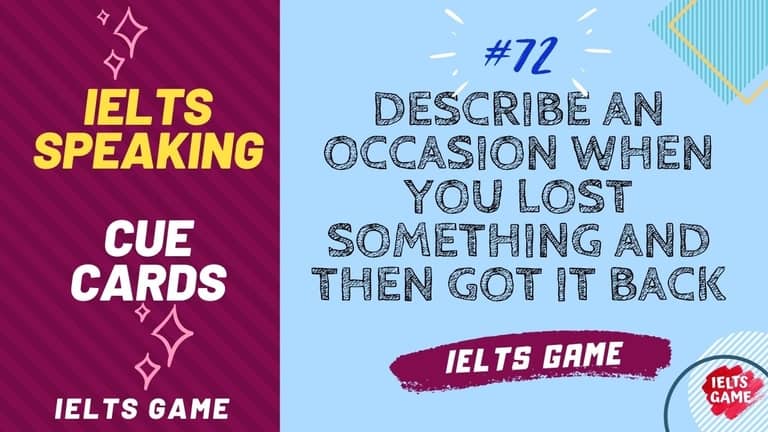 Describe something special that you brought home from a tourist place