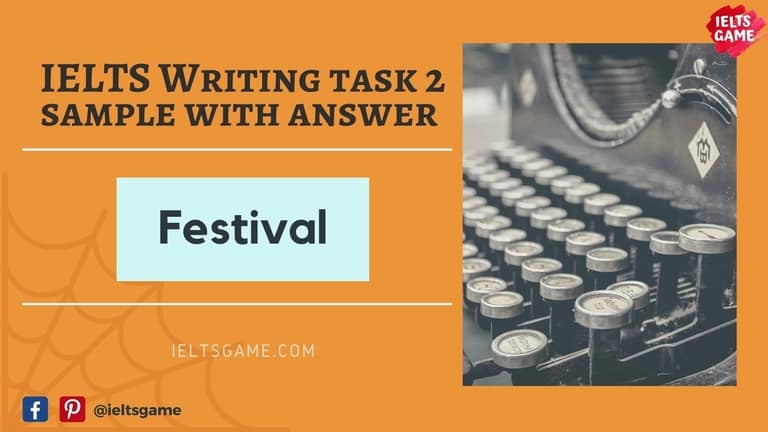 Most people have forgotten the meaning behind traditional or religious festivals;
during festival periods, people nowadays only want to enjoy themselves.
To what extent do you agree or disagree with this opinion?

Some people argue that we no longer remember the original meaning of festivals, and that
most of us treat them as opportunities to have fun. While I agree that enjoyment seems to
be the priority during festival times, I do not agree that people have forgotten what these
festivals mean.
On the one hand, religious and traditional festivals have certainly become times for
celebration. In the UK, Christmas is a good example of a festival period when people are
most concerned with shopping, giving and receiving presents, decorating their homes and
enjoying traditional meals with their families. Most people look forward to Christmas as a
holiday period, rather than a time to practise religion. Similar behaviour can be seen during
non-religious festivals, such as Bonfire Night. People associate this occasion with making
fires, watching firework displays, and perhaps going to large events in local parks; in other
words, enjoyment is people’s primary goal.
However, I disagree with the idea that the underlying meaning of such festivals has been
forgotten. In UK primary schools, children learn in detail about the religious reasons for
celebrating Christmas, Easter and a variety of festivals in other religions. For example, in
late December, children sing Christmas songs which have a religious content, and they may
even perform nativity plays telling the story of Jesus’ birth. Families also play a role in
passing knowledge of religious festivals’ deeper significance on to the next generation. The
same is true for festivals that have a historical background, such as Bonfire Night or
Halloween, in the sense that people generally learn the stories behind these occasions at an
early age.
In conclusion, although people mainly want to enjoy themselves during festivals, I believe
that they are still aware of the reasons for these celebrations.