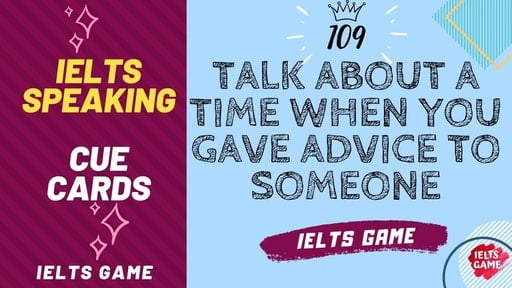 109. IELTS Cue Card -
Talk about a time when you gave advice to someone

In this article, IELTS Game will add number 109 IELTS cue card sample on the series of 2020 cue cards with band 9.0 model answers and part 3 follow up questions that will help you in your IELTS test preparation.

This cue card is related to “Advice description” topic and asking you to “Talk about a time when you gave advice to someone.“ and asking IELTS speaking part 3 follow up questions related to this topic.

Talk about a time when you gave advice to someone.

• Well in my country people give free advice to each other all the time.

• People give advice even when nobody is asking.

• They do it to show care and help others.

• Today, I would like to talk about a time when I gave advice to one of my cousins about what studies he should pursue for his senior secondary education.

• My cousin had recently completed his 10th standard and he was really confused about which stream he should opt for.

• He had the option to choose between science, commerce and arts.

• His doubts were related to career prospects in these streams and most importantly he asked me that which one is easy or difficult to pursue.

• Since he was tired of studies, he did not want to put a lot of effort but still he wanted to have a successful life.

• Before advising him about the various streams I asked him about his interests and he told me that he was interested in Computers.

• He started using computer at a very early age, so he is really good at it.

• I told him about Computer programmers who work for companies like google.

• I told him about the work they do and how much salary they earn.

• I also showed him the offices of google and the facilities like gym, food and other games that are provided to the employees on campus.

• He got motivated after learning all these details and decided he also wanted to become a computer programmer.

• So, I suggested him to take an aptitude test to check whether he has a logical mindset to pursue the science stream.

• He followed my advice and gave the aptitude test. His results showed that he had excellent skills to become a programmer.

• He was really happy with my advice and now he consults me for all the important decisions he has to make.

Here are some follow up questions you may be asked during part 3 IELTS Speaking exam by the IELTS examiner related to talk about a time when you gave advice to someone IELTS Cue Card 2020.

1. What kind of advice do parents give to their children?

Parents advice children about various issues like their friend circle, subjects to choose for specialization and sometimes on healthy eating too.

2. How do experts give advice to others? (e.g a doctor gives advice to patients)

Experts are specialists in their field and it is best to seek advice of an expert who is proficient.

A good teacher will guide the students in the right direction similarly a doctor’s advice is valuable regarding health issues.

3. What advice do parents give to teenagers about making friends?

Teenagers need maximum advise as they are vulnerable and can be led astray by bad company.

It is very difficult to advise a teenager so parents normally warn their wards not to move in company of children who are known to be naughty.

4. Whose advice is more helpful? Parents’ or friends’?

Many times, parents advice is valuable whereas on other occasions friends can be more
knowledgeable varies from situation to situation. Parents are rich in experiences of life and friends are more aware about the changes in modern society. 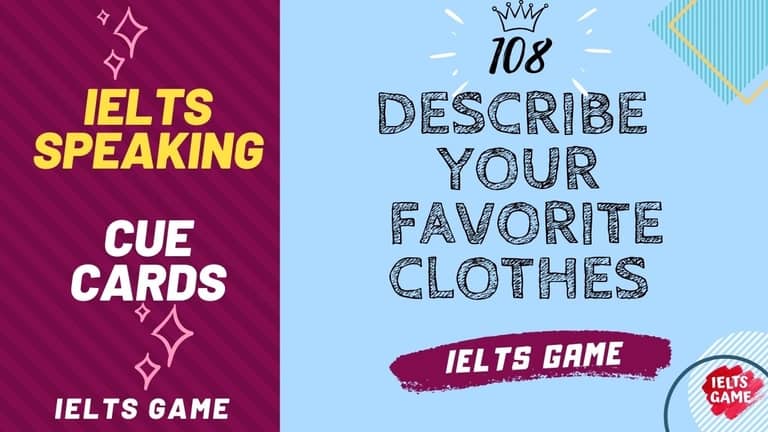 [2020] Describe an occasion when the vehicle broke down