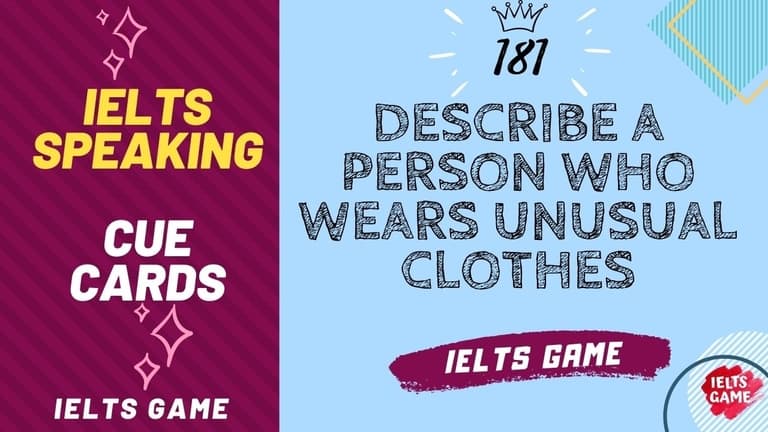 In this article, IELTS Game will add number 181 IELTS cue card sample on the series of 2020 cue cards with band 9.0 model answers and part 3 follow up questions that will help you in your IELTS test preparation.

This cue card is related to “Person description” topic and asking you to “Describe a person who wears unusual clothes“ and asking IELTS speaking part 3 follow up questions from Makkar Jan-Apr 2021 cue cards guesswork.

• I personally like to dress very conservatively, and I normally avoid bright colors.

• If I think about unusual clothing choices, there is only one person I can think of.

• He is my close friend, Yagya.

• I find his clothing preferences unusual because he doesn’t follow the usual clothing norms.

• For example, once I saw him wearing sandals with formals, to be precise a men’s three-piece suit and sandals.

• Then, another time I saw him wearing a jacket in the summers.

• He doesn’t believe in societal norms.

• I have also seen him wearing girlish shades like pink and purple.

• Actually, he wants to be a fashion designer when he grows up.

• So, he likes to experiment with clothes.

• I have seen him taking his mother’s and father’s clothes and make a complete dress out of them for himself.

• He does that with his own clothes too.

• For example, recently he made denim shorts by cutting his jeans.

• I think I have heard people talking about his odd fashion choices.

• But he is proud of his clothing choices.

• The fact is that he has a very good physique, and he is able to carry everything he wears so well.

• Every time I see his clothes, I feel like I wouldn’t wear them, but I also somehow feel that he is looking good in them.

Indians buy clothes from a variety of places. I think for fancy clothes people normally shop at malls or branded shops like Zara and for day-to-day or basically casual wear, people go to the street markets.

2. The difference between men’s and women’s choices of clothes?

I think the first difference is in the shades. Men go for slightly darker and somber shades like blue, brown, and grey, while women go for brighter colors like pink, yellow, red, etc.

Another difference is that most men prioritize comfort over fashion, while it is vice versa in the case of women.

Yes, certainly. When people feel they look good in something, they feel more confident and this, in turn, makes them more social and talkative.

The comfort level also matters. If people feel they are uncomfortable in something, it also affects their mood negatively.

4. What do people consider when buying clothes?

I think people consider a lot of factors while buying clothes. Some of the main factors are cost, color, brand, comfort, uniqueness, and so on.

Personally, I prioritize brand and comfort over other factors. 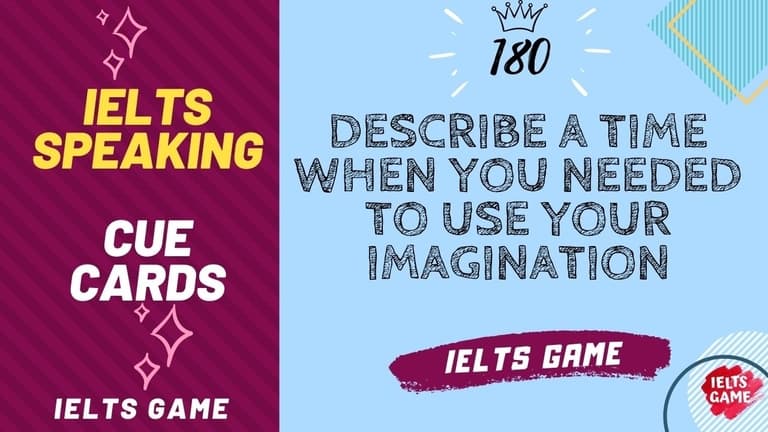 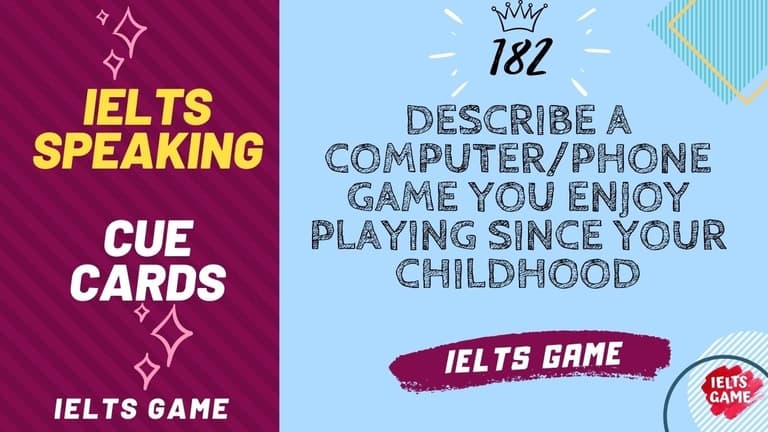 IELTS Cue Card: Describe a person who can speak a second language

IELTS Cue Card: Describe something you bought but not happy with

IELTS Cue Card: Describe a vehicle you would like to own