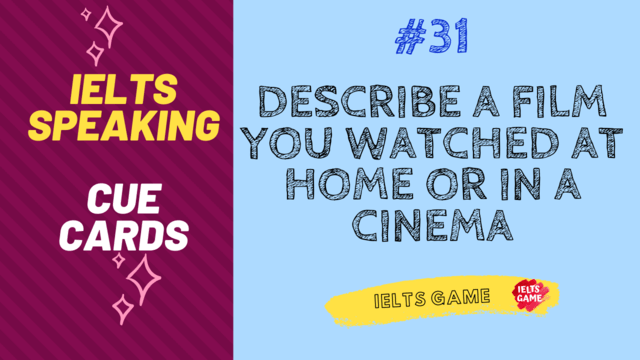 31. IELTS Cue Card -
Describe a film you watched at home or in a cinema

In this article, IELTS Game will add number 31 IELTS cue card sample on the series of IELTS speaking cue cards with band 9.0 model answers that will help you in your IELTS preparation.

This cue card is related to “film description” topic and asking you to “Describe a film you watched at home or in a cinema.“ and asking some questions related to this topic.

Describe a film you watched at home or in a cinema.

As a frequent moviegoer, I watch a lot of films. One of the movies that I enjoyed the most recently was The Martian.

The movie was based on a novel of the same title by Andy Weir.

Just like many other sci-fi films, it was about man travelling in space, however, this time, our main character was stuck on Mars due to a dust storm which nearly killed him.

All of the crewmates thought that he was dead, so they went back to Earth without him.

But fortunately he was still alive, thus two and a half hours of the movie told the story of how he fought for his life in the brutal environment of Mars, until NASA devised a plan to rescue him.

My best friend is a big fan of astronomy, so she had read [2] the novel before. That’s why she insisted on me going to see the movie with her.

After watching the trailer and reading the plot, I was hooked.

It was maybe the best two and a half hours of my week so far.

After watching the movie, I was amazed at how ingenious and strong humans can be when it comes to a life and death situation.

Although the hostile environment of Mars threatened his existence many times, he relentlessly refused to quit.

Instead, he overcame one problem at a time until he was successfully rescued.

The message that I learned from the film is never to give up, however hopeless things seem to be.

Here are some useful vocabulary and expressions you can use to describe a film you watched at home or in a cinema.

moviegoer: [noun] a person who goes to the cinema.

sci-fi: [noun] science fiction; based on imagined scientific discoveries of the future, such as space travel or life on other planets.

stuck on Mars: the man was unable to escape from the planet.

dust storm: [noun] a storm that carries clouds of dust in the wind over a wide area.

crewmates: [noun] all the people working on a ship or, in this case, a spacecraft.

fought for his life: [verb phrase] he made a great effort to stay alive.

brutal: [adjective] if an environment is described as brutal this means that it is very dangerous and it is difficult for a person to survive.

devised: [verb] NASA invented something new to rescue the man.

astronomy: [noun] the scientific study of the sun, moon, stars and planets.

trailer: [noun] a series of short scenes from a film or programme, shown in advance to advertise it.

plot: [noun] the events which form the story of a book, play or film.

hooked: [adjective] enjoying something so much that you want to see or do it.

portrayal: [noun] the act of describing or showing something or somebody in a book, play or film.

hostile: [adjective] a hostile environment is unsafe for humans, because there are many dangers.

threatened his existence: the many dangers and difficult conditions on Mars were a danger to his life.

relentlessly: [adverb] in a way that continues strongly, without giving up. 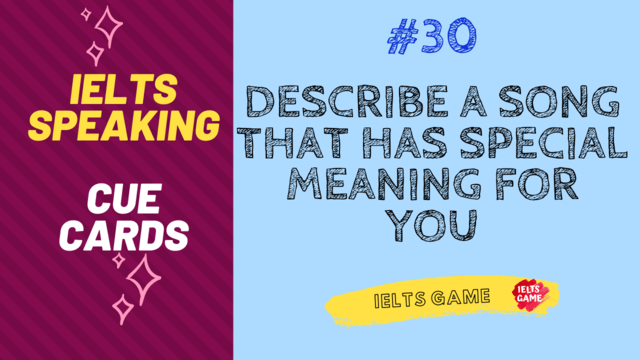