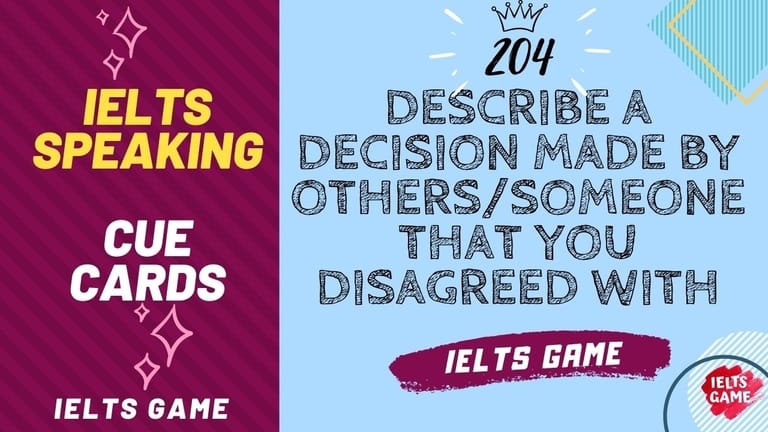 204. IELTS Cue Card -
Describe a decision made by others or someone that you disagreed with

In this article, IELTS Game will add number 204 IELTS cue card sample on the series of 2021 cue cards with band 9.0 model answers and part 3 follow up questions that will help you in your IELTS test preparation.

This cue card is related to “Decision description” speaking topic and asking you to “Describe a decision made by others or someone that you disagreed with“ and asking IELTS speaking part 3 follow up questions from Makkar May-Aug 2021 cue cards guesswork.

Describe a decision made by others or someone that you disagreed with.

• We all have to make decisions from time to time.

• Here, I would like to talk about a decision, which was made by my two friends Raman and Sunder, when we were in 10th class.

• They decided to bunk school and go to watch a movie in a multiplex.

• First of all, the idea of bunking school did not seem right to me.

• Then, going for a movie without parents’ permission was out of question as far as my thinking was concerned.

• I advised them to go for the movie on a Sunday, in the morning show, after taking permission from our parents.

• But they were adamant, and were forcing me also to accompany them.

• I was in a dilemma, as I did not want to disappoint my friends.

• But, my father is very strict.

• I knew that if he found out, he would be very upset and may even not talk to me for days.

• I could not even bear to think of that.

• So, I said a firm no to my friends and again tried to dissuade them from bunking school.

• They, however, did not agree and went for the movie.

• I remember I felt very light at heart for not going with them.

• I cannot even think of lying to my parents, or hiding anything from them.

• So, this was the decision made by my friends, which I did not like.

1. What skills are necessary when making decisions?

Every person has to make decisions from time to time. A good decision requires both head and heart. Decision-makers need to ask themselves whether that decision makes sense, and also whether it feels right.

A good decision requires a good insight into what all the outcomes of that decision could be.  It needs rational thinking and a little ability to look into the future.

2. How can people improve their decision-making skills?

With experience, the decision-making skills automatically improve. People are just have to keep in mind, what all outcomes could be, and also be ready to face the consequences, what ever they are.

3. How do you think computers will change the way people make decisions?

Computers can change the way people make decisions, as now through computers, people can post their dilemmas in many forums and take advise from other people who have faced similar situations.

4. Do parents in India allow their children to make important decisions about the future?

No, parents in India generally like to make important decisions about the future of their children.

5. Do you think that parents should make important decisions for their children?

I think parents should have a healthy discussion with their children when they have to make an important decision, and then let the child have the final say. 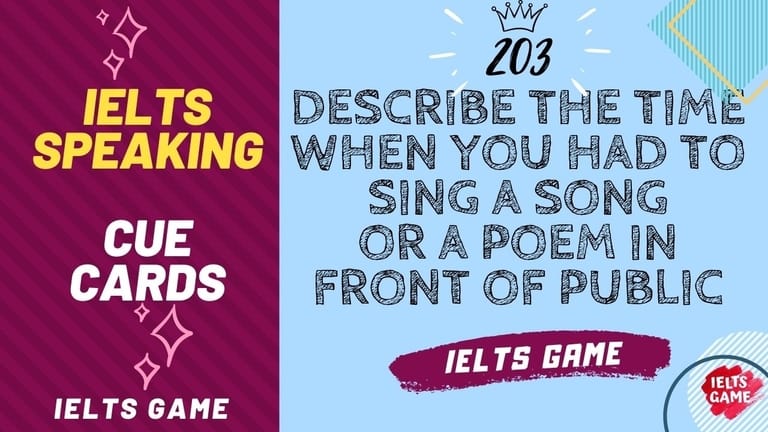 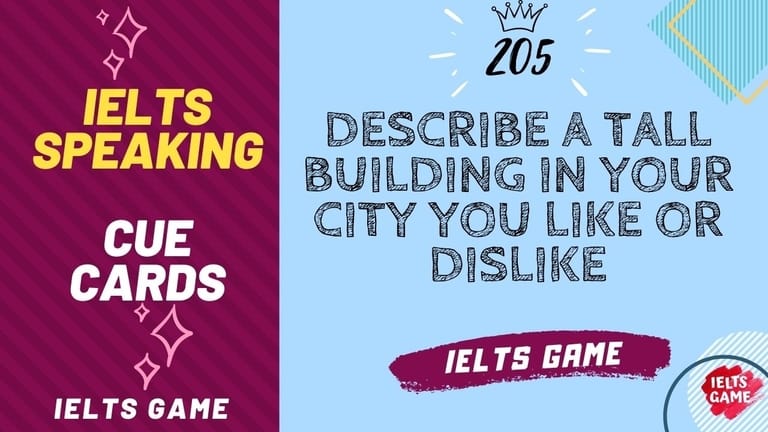