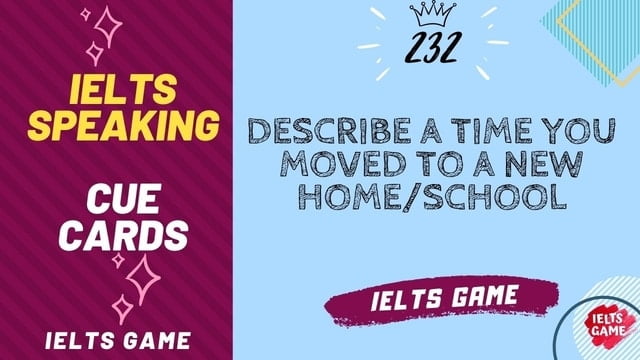 232. IELTS Cue Card -
Describe a time you moved to a new home or school

In this article, IELTS Game will add number 232 IELTS cue card sample on the series of 2022 cue cards with band 9.0 model answers and part 3 follow up questions that will help you in your IELTS test preparation.

This cue card is related to “Time description” speaking topic and asking you to “Describe a time you moved to a new home or school“ and asking IELTS speaking part 3 follow up questions from Makkar Jan-April 2022 cue cards guesswork.

Describe a time you moved to a new home or school.

• 5 years ago, my grandparents moved in with us from the village.

• Their health was deteriorating because of old age, and they were feeling very lonely in the village. My father found it very difficult to take care of them and focus on his work at the same time.

• So, he requested grandpa and grandma to come live with us.

• At first, they were reluctant.

• However, after some cajoling by my sister and I, they finally agreed.

• We had been so focused on convincing them to shift in with us that we had forgotten one thing.

• We had a small two-bedroom house at that time, and it was insufficient for the six of us to live in the house.

• We adjusted for a while, but ultimately my dad decided to rent a four-bedroom house about 5 kilometres meters from our old house.

• Our last house was rental as well and despite the difference in size, there wasn’t much difference in the rent between the two houses.

• Maybe it was because the house we shifted to was quite old.

• I had mixed feelings about the whole experience.

• On the one hand, I was very happy that I would be getting my own room.

• On the other hand, the house we shifted to wasn’t as comfortable as the old one.

• There was no air-conditioning in my room. So, it got very hot during the day, and I was barely able to stay in the room during the day.

• But, at night, as the temperature came down, I was able to sleep in the room.

• Moreover, I missed my old neighbours and friends.

• There were many children of my age in my previous neighbourhood.

• In the new community, there was hardly anyone my age.

• It got very boring.

• My parents were afraid of sending me too far to my old neighbourhood to play.

• But, on a positive note, this meant that I spent more time with my grandparents, which improved my bond with them.

• I still reminisce about that old house sometimes, but I don’t regret moving to the new house.

• Actually, I am very happy that my parents made that sacrifice for taking better care of my grandparents.

“Describe a time you moved to a new home or school”

In other words, people move when they get a job or join an educational institute, which is too far for them to commute daily. Another big reason is marriage or because of children. This is because either they want independence and privacy or because their earlier house might be too small to accommodate the growing family.

2. What problems do people face after moving to a new place? How do people solve these problems?

Another problem is getting to know neighbours and making new friends. People solve these problems by having a housewarming party to invite new neighbours and get to know them.

3. What are the advantages and disadvantages of living in the same place?

4. Is it good to move to a new place frequently? Why?

I don’t think it is good to move to a new place too frequently. Firstly, it might be challenging to do so financially.

Moving involves a lot of expenses. Secondly, it might be difficult to make new friends and people might miss their old place. Finally, from a children’s point of view, it can be disastrous as it would affect their educational continuity. 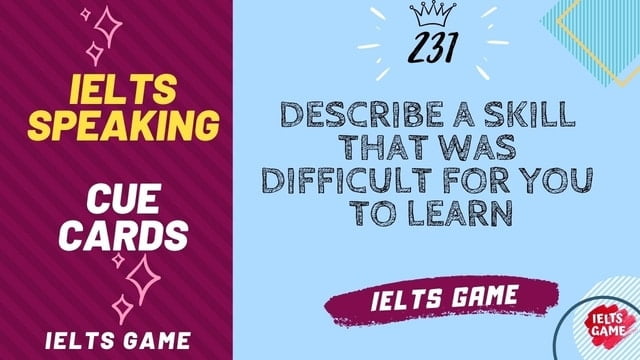 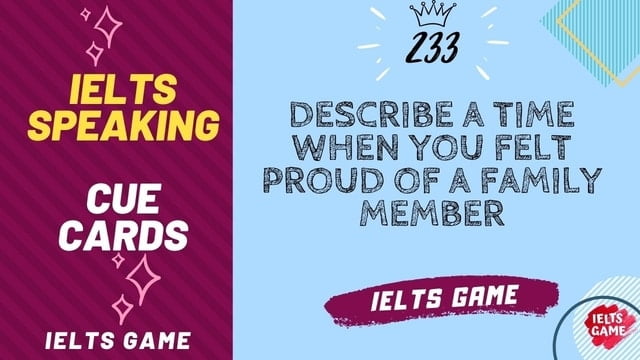 IELTS Cue Card: Describe a story that was interesting to you

Describe the first time you used a foreign language to communicate

[2020] Talk about someone who encourages you to achieve goals