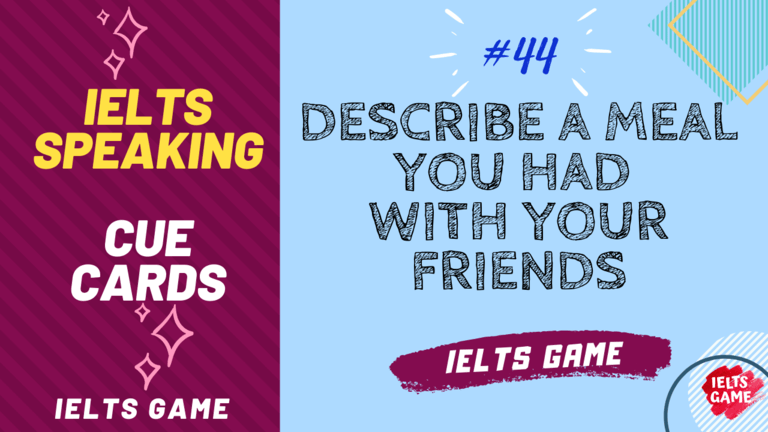 44. IELTS Cue Card -
Describe a meal you had with your friends

In this article, IELTS Game will add number 44 IELTS cue card topic 2019 – 2020 sample on the series of IELTS cue card sample with band 9.0 model answers with follow up questions that will help you in your IELTS test preparation.

This cue card is related to “Meal description” topic and asking you to “Describe a meal you had with your friends (in someone’s home or in a restaurant).“ and asking some questions related to this topic.

Describe a meal you had with your friends (in someone’s home or in a restaurant).

Last month, I had a get-together with some of my high school friends whom I had not met since we graduated.

Then, we decided to have lunch at a well-known pizza restaurant in the city centre.

Arriving at the restaurant, we were quickly given the menu.

What surprised me the most was that there were various types of pizza and drinks; hence, it took me quite a long time to choose the food.

After that, we talked with each other while waiting for the dishes.

Some of my friends were studying at the same university, some had decided to get a job.

And I was especially impressed by the decision of one friend to take a gap year.

She said that as she had a strong passion for traveling, she would spend one year visiting lots of places.

Then, the dishes were served. The pizza was out-of-this-world and the drinks were tasty although they were a bit pricey.

We kept talking and enjoyed the meal and drinks for about two hours.

Actually, meeting them reminded me of the time when we studied at high school and I realized that now we were all grown-up, we had our own plans to pursue. But we all promised to meet up regularly.

Here are some useful vocabulary and expressions you can use to Describe a meal you had with your friends IELTS Cue Card.

get-together: [noun] an informal meeting or gathering of friends.

gap year: [noun] the year that a young person spends working and/or travelling after leaving school and starting university.

have a passion for: [expression] have a hobby or activity that you like very much.

out-of-this-world: [adjective] used to emphasize how good or beautiful something is.

meet up: [phrasal verb] to meet someone, usually by arranging a time and place with them first. 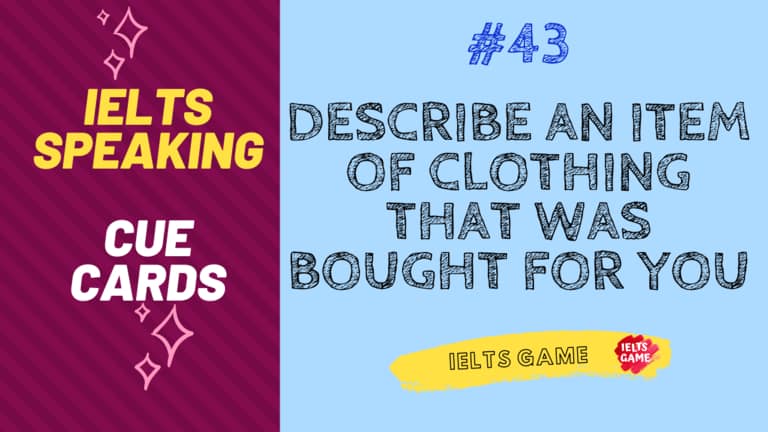 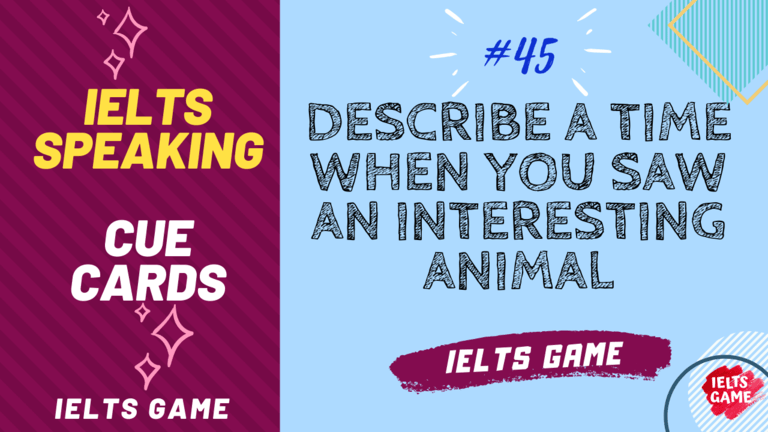