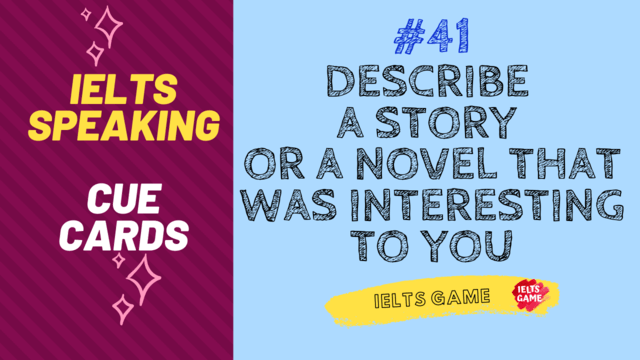 41. IELTS Cue Card -
Describe a story or a novel that was particularly interesting to you

In this article, IELTS Game will add number 41 IELTS cue card 2019 – 2020 sample on the series of IELTS cue card sample with band 9.0 model answers with follow up questions that will help you in your IELTS test preparation.

This cue card is related to “Story description” topic and asking you to “Describe a story or a novel that was particularly interesting to you.“ and asking some questions related to this topic.

Describe a story or a novel that was particularly interesting to you.

I would like to talk about my favorite classic novel called The Godfather, which is written by a well-known Italian author, Mario Puzo.

I came across this novel when I was trying to find a dictionary at a bookstore.

It was published in hard-cover version and there was a colourful illustration on the front which caught my eye.

At first, although I was not much impressed by the novel’s preview, I still bought it and started to read the story right after getting home.

Surprisingly, the more I read “The Godfather”, the more it appealed to me.

This novel told the story of an Italian imaginary character named Vito Corleone, who was a mafia boss in America after World War I.

What attracted me in this story was the way the author described Vito’s tricks to survive in a chaotic society.

Thanks to this novel, I learned a lot about the course of American history in that lawless period.

After finishing this book, I read some more novels by Mario Puzo and they were all fascinating.

I realize that reading books is a good way to gain knowledge; therefore, everyone should get into the habit of reading.

Here are some useful vocabulary and expressions you can use to Describe a story or a novel that was particularly interesting to you IELTS Cue Card.

classic: [adjective] accepted as being one of the best or most important of its type.

come across: [phrasal verb] to meet or find somebody or something by chance.

hard-cover: [adjective] with a stiff cover which does not bend.

right after: [adverb] immediately after.

appeal to: [phrasal verb] attract or interest someone.

chaotic: [adjective] confused and without any order.

lawless: [adjective] where laws do not exist or are not obeyed.

get into the habit of: [expression] do something regularly, so that you do it almost without thinking. 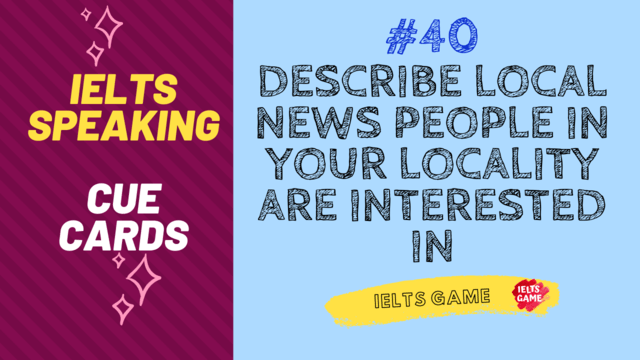