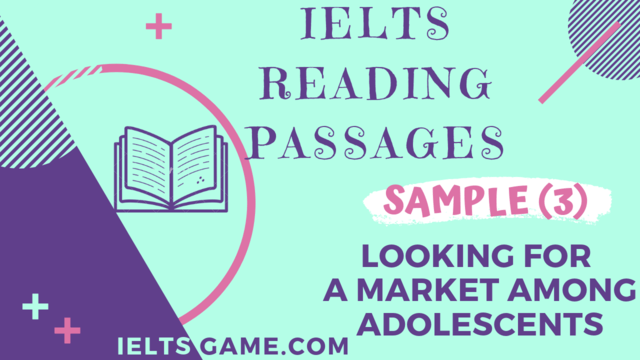 IELTS Academic Reading Sample 3 “Looking for a Market among Adolescents”

IELTS Academic Reading Sample 3 – “Looking for a Market among Adolescents” With Key Answers and explanation on IELTS Game.

You will find an explanation of each answer, and the keyword for each question. Let’s start the exam.

You should spend about 20 minutes on Questions 14-27 which are based on Reading Passage 3 on the following pages.

Reading Passage 3 has eight paragraphs (A-H). Choose the most suitable heading for each paragraph from the list of headings below.

Write the appropriate numbers (i-xi) in boxes 14-19 on your answer sheet.

NB: There are more headings than paragraphs so you will not use all of them. You may use any heading more than once.

Looking for a Market among Adolescents

In 1992, the most recent year for which data are available, the US tobacco industry spent $5 billion on domestic marketing. That figure represents a huge increase from the approximate £250-million budget in 1971, when tobacco advertising was banned from television and radio. The current expenditure translates to about $75 for every adult smoker, or to $4,500 for every adolescent who became a smoker that year. This apparently high cost to attract a new smoker is very likely recouped over the average 25 years that this teen will smoke.

In the first half of this century, leaders of the tobacco companies boasted that innovative mass-marketing strategies built the industry. Recently, however, the tobacco business has maintained that its advertising is geared to draw established smokers to particular brands. But public health advocates insist that such advertising plays a role in generating new demand, with adolescents being the primary target. To explore the issue, we examined several marketing campaigns undertaken over the years and correlated them with the ages smokers say they began their habit. We find that, historically, there is considerable evidence that such campaigns led to an increase in cigarette smoking among adolescents of the targeted group.

National surveys collected the ages at which people started smoking. The 1955 Current Population Survey (CPS) was the first to query respondents for this information, although only summary data survive. Beginning in 1970, however, the National Health Interview Surveys (NHIS) included this question in some polls. Answers from all the surveys were combined to produce a sample of more than 165,000 individuals. Using a respondent’s age at the time of the survey and the reported age of initiation, [age they started smoking], the year the person began smoking could be determined. Dividing the number of adolescents (defined as those 12 to 17 years old) who started smoking during a particular interval by the number who were “eligible” to begin at the start of the interval set the initiation rate for that group.

Mass-marketing campaigns began as early as the 1880s, which boosted tobacco consumption six-fold by 1900. Much of the rise was attributed to a greater number of people smoking cigarettes, as opposed to using cigars, pipes, snuff or chewing tobacco. Marketing strategies included painted billboards and an extensive distribution of coupons, which a recipient could redeem for free cigarettes… Some brands included soft-porn pictures of women in the packages. Such tactics inspired outcry from educational leaders concerned about their corrupting influence on teenage boys. Thirteen percent of the males surveyed in 1955 who reached adolescence between 1890 and 1910 commenced smoking by 18 years of age, compared with almost no females.

The power of targeted advertising is more apparent if one considers the men born between 1890 and 1899. In 1912, when many of these men were teenagers, the R.J. Reynolds company launched the Camel brand of cigarettes with a revolutionary approach. … Every city in the country was bombarded with print advertising. According to the 1955 CPS, initiation by age 18 for males in this group jumped to 21.6 percent, a two-thirds increase over those boom before 1890. The NHIS initiation rate also reflected this change. For adolescent males, it went up from 2.9 percent between 1910 and 1912 to 4.9 percent between 1918 and 1921.

It was not until the mid-1920s that social mores permitted cigarette advertising to focus on women. … In 1926 a poster depicted women imploring smokers of Chesterfield cigarettes to “Blow Some My Way”. The most successful crusade, however, was for Lucky Strikes, which urged women to “Reach for a Lucky instead of a Sweet.” The 1955 CPS data showed that 7 percent of the women who were adolescents during the mid-1920s had started smoking by age 18, compared with only 2 percent in the preceding generation of female adolescents. Initiation rates from the NHIS data for adolescent girls were observed to increase threefold, from 0.6 percent between 1922 and 1925 to 1.8 percent between 1930 and 1933. In contrast, rates for males rose only slightly.

The next major boost in smoking initiation in adolescent females occurred in the late 1960s. In 1967 the tobacco industry launched “niche” brands aimed exclusively at women. The most popular was Virginia Slims. The visuals of this campaign emphasized a woman who was strong, independent and very thin. … Initiation in female adolescents nearly doubled, from 3.7 percent between 1964 and 1967 to 6.2 percent between 1972 and 1975 (NHIS data). During the same period, rates for adolescent males remained stable.

Thus, in four distinct instances over the past 100 years, innovative and directed tobacco marketing campaigns were associated with marked surges in primary demand from adolescents only in the target group. The first two were directed at males and the second two at females. Of course, other factors helped to entrench smoking in society. … Yet it is clear from the data that advertising has been an overwhelming force in attracting new users.

Looking for a Market among Adolescents Reading Passage Questions

Do the following statements agree with the information in Reading Passage 3? In boxes 20-24 write:

20.    Cigarette marketing has declined in the US since tobacco advertising banned on TV.
21.    Tobacco companies claim that their advertising targets existing smokers.
22.    The difference in initiation rates between male and female smokers at of the 19th century was due to selective marketing.
23.    Women who took up smoking in the past lost weight.
24.    The two surveys show different trends in cigarette initiation.

Complete the sentences below with words taken from the Reading Passage. Use NO MORE THAN THREE WORDS for each answer. Write your answers in boxes 25-27 on your answer sheet.

Tobacco companies are currently being accused of aiming their advertisements mainly at ….. (25)….. Statistics on smoking habits for men born between 1890 and 1899 were gathered in the year ..… (26)…..The …. (27)….brand of cigarettes was designed for a particular sex. 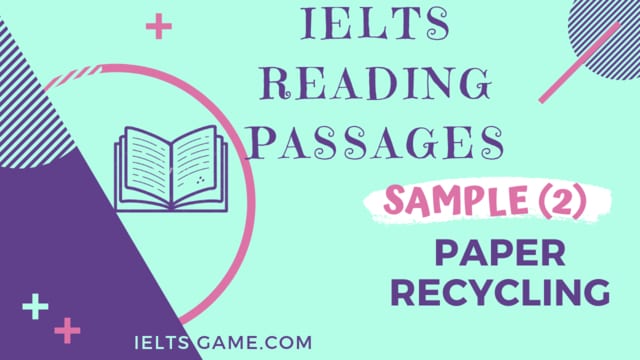 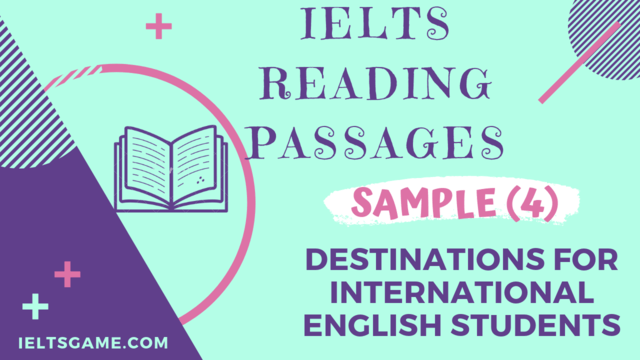